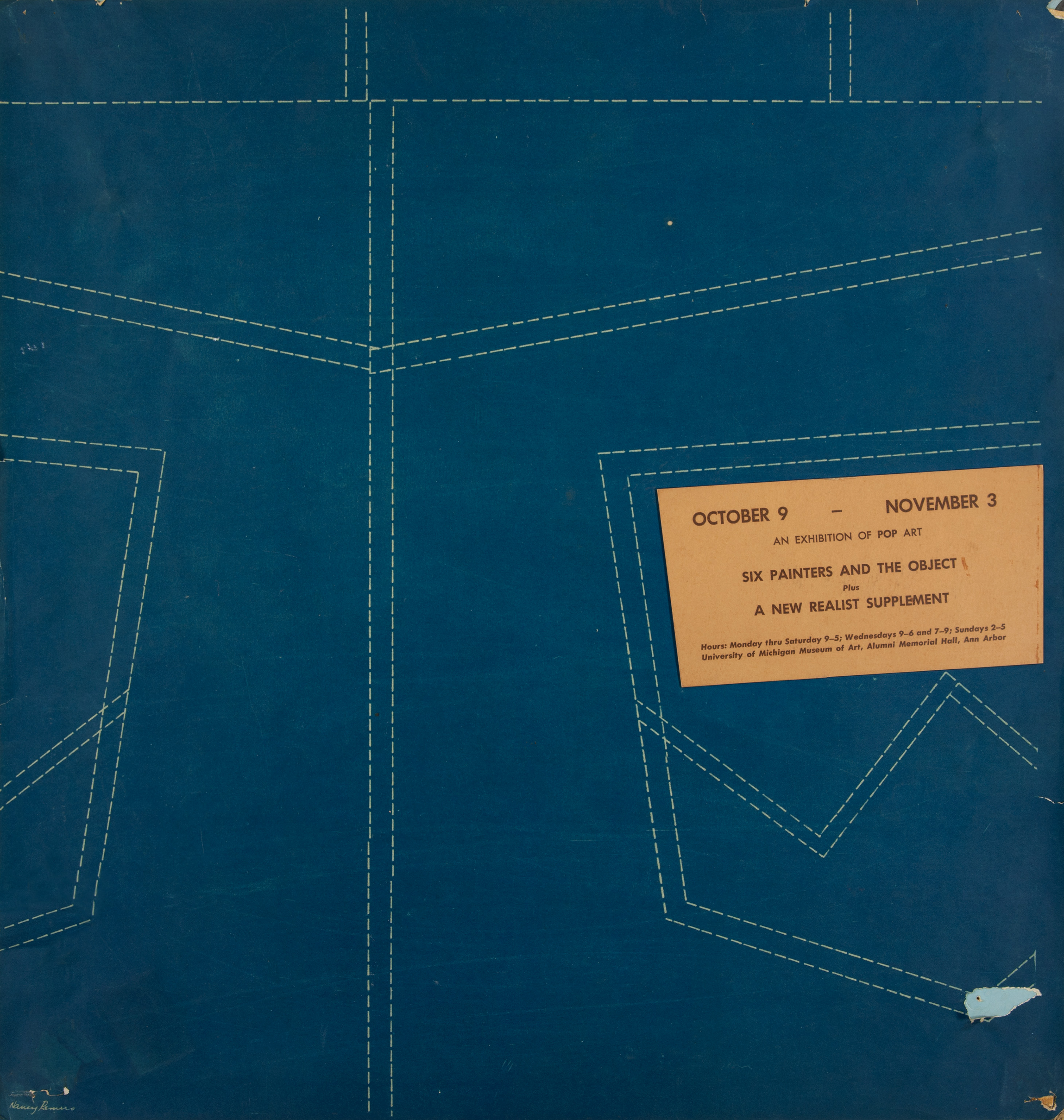 Nancy House, Poster announcing exhibitions at the University of Michigan Museum of Art, 1963. House, an undergraduate art student, designed this poster for an assignment in her Design Fundamentals class.

The Pop Art exhibitions, Six Painters and the Object and A New Realist Supplement, were shown simultaneously from October 9th until November 3rd 1963 at the University of Michigan Museum of Art (UMMA). Six Painters and the Object was a travelling exhibition assembled by the curator of the Guggenheim Museum, Lawrence Alloway.  A New Realist Supplement was curated by Samuel Sachs II, the UMMA's associate director, and Irving Kaufman, a professor of painting at the University of Michigan's School of Art in order to, the words of the museum’s director Charles Sawyer,  "present works in other media besides painting, and to give a sense of the broader scope and implication of the Pop Art movement" (Sawyer 1963). At Alloway's request A New Realist Supplement was shown in an adjacent gallery so as to not disrupt his thesis about the new depiction of objects in painting.

The concept of Pop Art was still in formation by 1963, and these exhibitions brought the movement to the public of the Midwest. Despite the fact that A New Realist Supplement was organized and put together in six months, a short amount of time for a formal exhibition, the show evoked debates and criticism among art critics and the general public (Lind, et al. 1963).

The idea of exhibiting Pop Art at the University of Michigan Museum of Art originated early in 1963, when the art professor Irving Kaufman proposed an exhibition at about the same time that the Guggenheim offered to send Six Painters and the Objecton tour. Once Samuel Sachs, II joined the Museum staff as Assistant Director, he collaborated with Kaufman to organize the Supplement.