Six Painters and the Object

Six Painters and the Object was an exhibition held at the Guggenheim Museum in New York city in 1963. The artists whose works were displayed in the exhibition were Robert Rauschenberg, Jim Dine, Jasper Johns, Roy Lichtenstein, James Rosenquist, and Andy Warhol. These artists were regarded as "emerging artists" or "mid-career" artists by the curator, Lawrence Alloway. Alloway explained the thought behind his curation being that these artists chose to paint commonly recognized objects; he reasoned these images create a "common ground" for both the artist and viewer-"either for intimacy or for dissent."

The purpose of the exhibition was to show “the common use of objects drawn from communications network and the physical environment of the city ......each artist selects his subject matter from what is known not only to himself but also to others” (Alloway 1963b). Although objects often used by the artists include flags, magazines, advertisements, etc., the exhibition focused primarily on what painters can do on the surface of their canvas, by redefining the traditional relationship between figuration and abstraction. Alloway explained, “the definition of painting qua painting has been attached recently, more than it need have been, to abstract art” (Alloway, 1963a). So this exhibition was also a way for the artists to detach themselves and their paintings from abstract expressionism which was still widely respected at the time.  Following its close in New York, substitutions were made and the exhibition embarked on a cross-country tour to Los Angeles, Minneapolis, Ann Arbor, Brandeis University, Pittsburgh, Columbus Ohio, and La Jolla.

The full text of the exhibition's catalogue is available here. 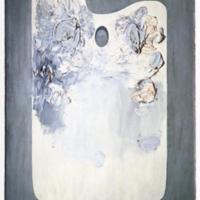 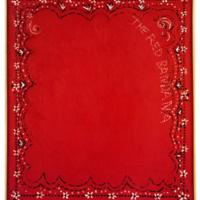 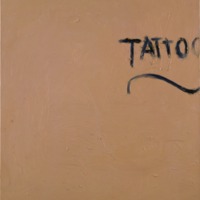 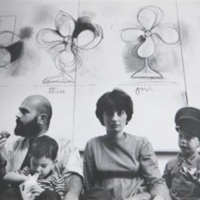 The Plant Becomes a Fan in background of photograph, by Ugo Mulas, of Dine with his family. 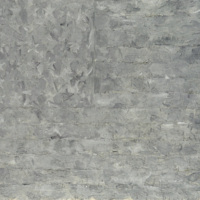 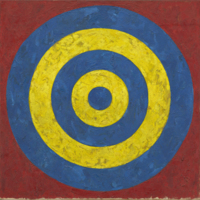 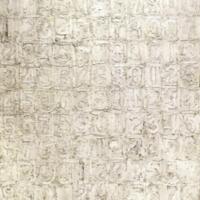 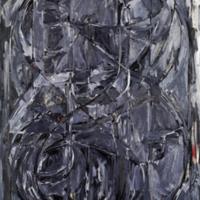 Note: Mr. Bellamy may not have been exhibited. It is not listed in the exhibit catalogue, but appeared in a review of the exhibition in the Toledo Blade. 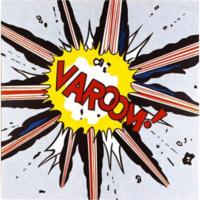 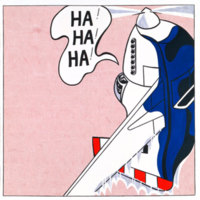 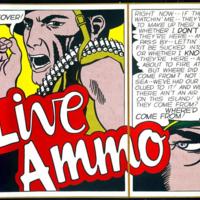 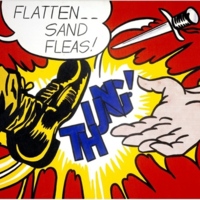 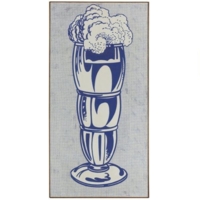 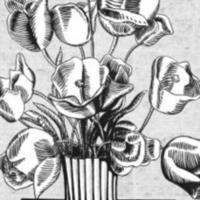 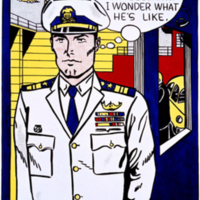 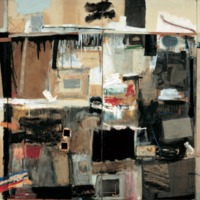 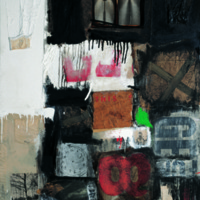 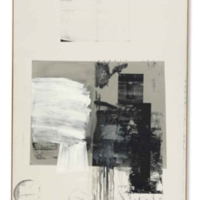 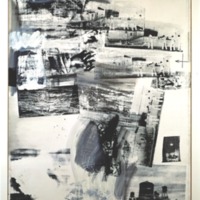 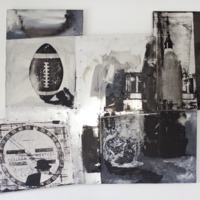 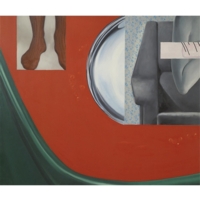 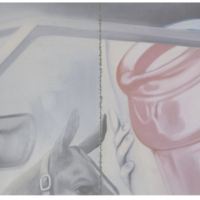 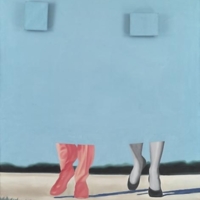 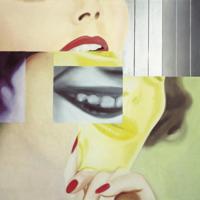 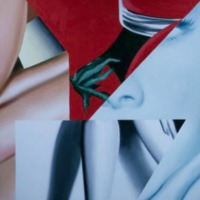 A note from Prof. Zurier: The works by Warhol shown in Six Painters and the Object represent a transition from hand-painted images based on enlargements (in Dick Tracy and Before and After) to the use of stencils (as in 200 Soup Cans), to the innovative technique of silkscreening enlarged photographs onto canvas that amplified the aspect of repetition in his work. What became the iconic silk-screen paintings of Marilyn Monroe and a silver version of Electric Chair were shown in the New York Six Painters exhibition, but held back from travel. In their place, Ann Arborites saw the monumental paintings 200 Soup Cans and Troy (Donahue, a rising star already admired among the gay subculture who read their own meanings into Warhol’s art.) 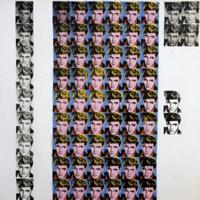 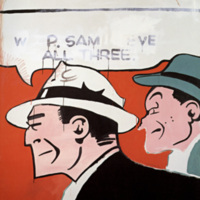 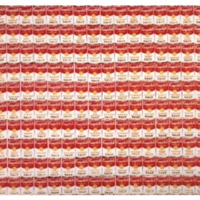 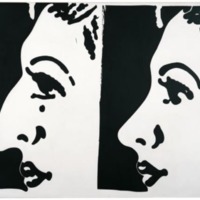 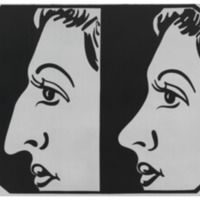 A New Realist Supplement →
Six Painters and the Object