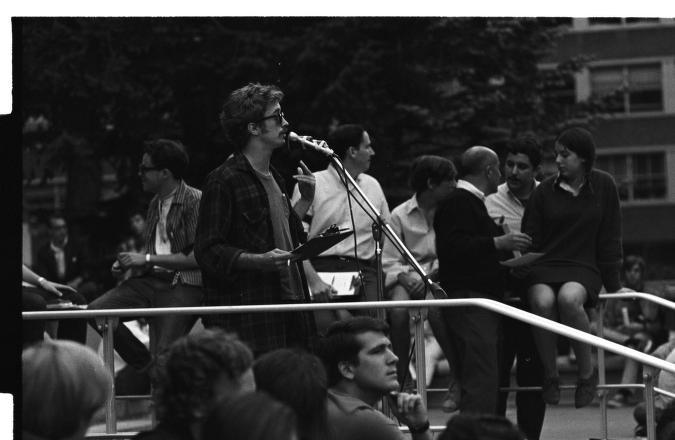 Bill Ayers was a student activist at the University of Michigan from 1964 until 1968. He was present for the first teach-in, arrested for a sit-in at the Ann Arbor Selective Service Office, and later became a leader of the radical group Weather Underground. He participated in various other acts of resistance throughout his undergraduate years at U of M. Bill Ayers now works in education reform and instruction after being a professor at the College of Education for the University of Illinois, Chicago. Click on the right sidebar to access part 1 and part 2 of the interviews.

Interview of Bill Ayers by Chris Haughey and Obadiah Brown on March 26, 2015 in Ann Arbor, Michigan.