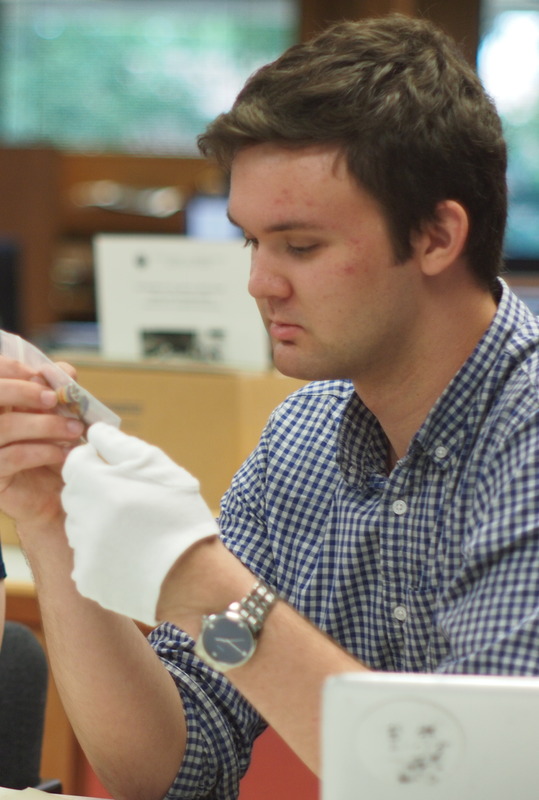 of a free Jerusalem Garden lunch buffet, I found myself on a Friday last January sitting in the back row of a panel discussion presented by the History Department and the Eisenberg Institute for Historical Studies. The five speakers, faculty and graduate students alike, at the Empathy and Experience in the Writing of History symposium were drawn from across the historical spectrum, as Africa, Mormonism, and Thailand – among others – all had a scholarly voice at the table. I was deep into writing my own thesis at that point, to the point where I’d covered all the bases in terms of sheer volume; I knew the plot points my paper would touch on, the characters I’d introduce – and a couple that I’d kill off – and the sources from which it would all be culled. All that was left was to put it on paper, and though I hadn’t entirely disregarded the warnings of my advisor that this was precisely the toughest part, by the time I grabbed a plate of chicken shawarma and took my seat in the back of the conference room in mid-January, I was stuck.

Let me take a step back. I researched and wrote about Indian students who had been students at British universities during the decade or so before the Frist World War, examining their experiences in a foreign land and the imperial structures that shaped their lives abroad. It was a difficult subject to connect with on several levels – I’m neither Indian nor British, and my only experiences with empire and nationalism have been in the historical abstract – and I’d consciously used a dispassionate tone in what little I’d written for my thesis. “Dispassionate” is a pretty gentle phrase; I revisited those early drafts later on and was utterly bored. Objectivity had been the initial goal, but the history it produced wasn’t particularly insightful, and it definitely wasn’t interesting.

The theme of the panel – to finally get back to the point – was the same as one that Professor Tanielian mentioned in this project’s syllabus: positionality. The speakers covered a wide array of subjects, but each mentioned grappling with perspective and relation to what they studied. One grad student was writing a history of the Mormon Church, to which her parents, grandparents, and generations before had belonged; she often felt that her proximity to the subject compromised the scholarly authority that she aimed for. The white professor who specialized in Thai history recounted grappling with his own reservations about lacking the personal and cultural experiences necessary for completely grasping his field. Ultimately, everybody on the panel agreed that embracing these uncertainties was a key part of writing poignant history. ‘Find a way to connect with your subject, but don’t get lost in the past: remember you own voice and identity when you go to write about it’ seemed to be the consensus of the day. It wasn’t a light bulb moment per se for me right then, but that idea did have an impact on how I wrote my thesis, how I think about history now, and how I’m looking at this current project as we all begin it today.