Industry and the University

University of Michigan Engineering Building in 1919.

To fill the pressing demands of the federal government to design weapons, motors, and chemicals necessary to win the war, local industrialists  turned to nearby public institutions for assistance, and the University of Michigan was no exception. The Great War initiated an unprecedented wave of cooperation between industry and the University. Scholars such as Roger Geiger and David Noble suggest that World War I consecrated the direction of research policy to industrial and institutional elites, but only when it was in their common interests.[1][2] Although the federal government did initiate several cooperative research projects, most were driven by private interests. For example, Henry B. Joy’s Liberty Motor was designed with the help of Clyde Wilson, a professor of engineering at Michigan.[3] In other cases the lines were blurred.  Roy D. Chapin’s Lincoln Highway Association depended upon the help of highway engineers at University of Michigan for further research, which was funded by a fellowship setup in Chapin’s name.[4] However, Chapin was also the chair of the Council of National Defense’s highway transportation committee, suggesting the government as a second beneficiary of the University’s research. 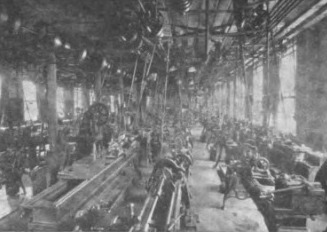 Interior of the engineering shops at the University.

In many cases, successful research at the University translated to powerful positions in industry. For example, William J. Hale, a professor of chemistry, left the University to work for Dow Chemical and later consuled the Chemical Warfare Service in Washington D.C.[5] It was not uncommon for professors to advance their careers through research that serviced the war effort. In 1916, four professors from Michigan, including Professor A. H. White, gave a series of talks in Chicago on topics ranging from aeronautics, nitrates, automobiles, to electric signalling, highlighting  how the University could assist in these areas  in the event of war.[6] White would later chair the Department of Engineering Research in 1920. While most research professors engaged directly with private industries, some were contacted directly by the federal government’s War Department, for other pressing research. 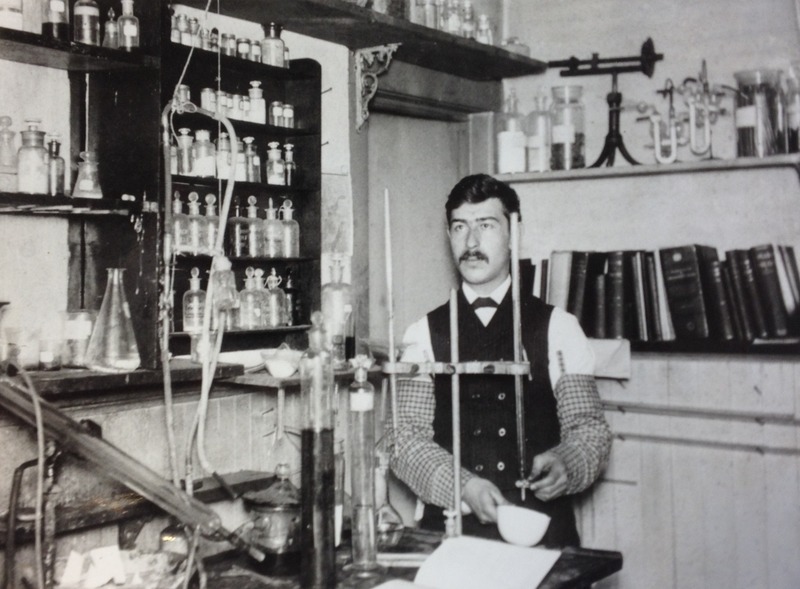 The Council of National Defense took particular interest in one Michigan professor, Moses Gomberg. Gomberg was the first chemist to identify free radicals and is known as the father of radical chemistry. He spent nearly all of his career at the University of Michigan, where he received both his bachelor’s degree and his doctorate. Gomberg’s work became increasingly important in early 1915 after the Battle of Ypres, when the German’s assaulted and overran Allied trenches with the assistance of a gas attack. A team of chemists lead by Gomberg was contacted by Major Burrill, from the Department of the Interior’s War Gas Investigations unit. Burrill invited Gomberg to Washington D.C. to continue his work on mustard gas there.[7] Although Gomberg chose to remain at Michigan, he continued a correspondence with Major Burrill throughout 1918. When Major Burrill wrote an article for the Journal of Industrial and Engineering Chemistry delineating the government’s involvement with war gas research in February, 1919, Gomberg insisted Burrill to cite the University of Michigan’s involvement with the project.[8] Indeed, the financial records of the University of Michigan for the 1918-1919 fiscal year list a $6000 gift from the United States Government Research Fund, yet it is unclear whether this fund formally supported Gomberg’s work.[9]  In any case, Gomberg did provide sensitive information regarding the production of mustard gas to Burrill, illuminating another cooperative project caused by the war. However, the combined gifts from industries and private businesses were still more than three times greater than the Government Research Fund, including gifts from Thomas Edison Company, Aniline Chemical Company, DuPont Company, Hoover Ball Bearing, Langham Steel, the Carnegie Foundation, and others. In 1919, gifts from industries constituted almost a third of all  gifts and donations received by the University.[10] After the war, it was private industry that took a leading role in directing University research. 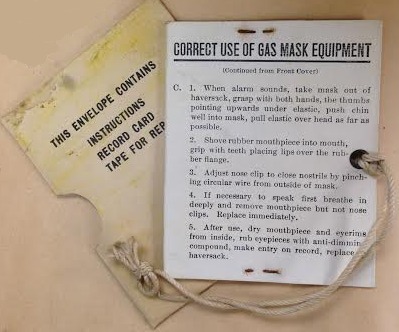 Gas mask instructions for soldiers, used to lessen the effects of mustard gas. Gomberg's work with mustard gas contributed to the nation's understanding of war chemicals and gases.

By March of 1919, the University of Michigan had developed a serious problem with professors leaving to work for private industries, in part because of their low salaries but also because of the lack of any real coordination between industry and the University.[11] The University’s inability to retain its best professors influenced the creation of the Department of Engineering Research in 1920, which would coordinate postwar research between local industries and the University. This new research department, which was supervised by an executive committee of 17 industrialists, worked to integrate the intellectual needs of private business with the financial needs of the University, and established a system in which participating professors were paid for their research.[12] The Great War can therefore be understood as a major impetus for the triangular and mutually beneficial relationship between industry, government, and universities. However, a great emphasis should actually be placed on the industrial-academic portion of this triangle, as the federal government’s influence in research projects would remain limited until the Second World War.