An article from The Michigan Daily highlighting the growth of American wealth during the war.

The First War has often been cited by historians as the first time American industry cooperated directly with the government to fund and mobilize the nation for war [1][2][3].  Although the relationship that developed between industry and government worked to undermine popular progressive movements and planted the seeds for the growth of American militarization before the Second World War, it did not resemble the “military-industrial complex” that Eisenhower referred to in his farewell address and which continues to pique interest in historians today. Instead, the First World War can be viewed as an experiment in military-industrial relations that was deemed necessary by government officials and business leaders for winning the war. The War Industries Board (WIB), a government agency designed to manage the distribution of government contracts and streamline price-fixing,  was heralded by McAdoo, Wilson, and others for its role in solving the steel allocation crisis of 1918 [4]. However, the WIB was almost instantly dissolved after the Armistice due to its murky legal status and the trouble it received in the courts [5]. The temporary alliance formed between the government and industry was competitive, as each side argued for a greater say in the mobilization process, with neither gaining a substantial upper-hand. While the government refused to let its agencies and policies be dictated by private interests, it also failed in controlling the economy and smoothing the mobilization process. Industry, on the other hand, while profiting immensely from the war, would not find permanent allies in the government until years after the war had ended. 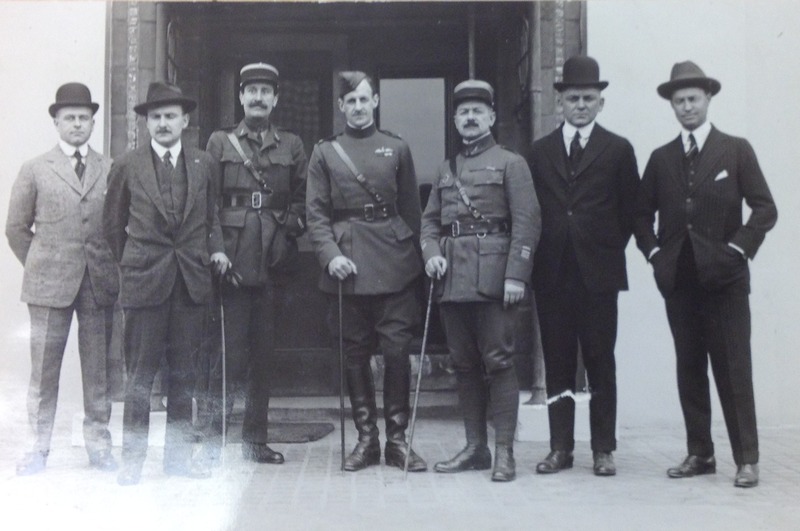 While the federal government was quick to employ the service of industrialists to produce war materiel, the relationship between government agents and industrialists contained just as much resentment as cooperation. William Cameron, a journalist for the DetroitFree Press, asserted that only two-thirds of American business were patriotic and the rest were overcome by a profiteering “business instinct” [6]. His accusations were proven valid as government agents were forced to remain careful buyers during the war so as to avoid being swindled by their own countrymen. Inside Congress, movements were made against profiteering and conflicted industrial interests as early as the summer of 1917. Section Three of the Lever Act (also known as the Food and Fuel Control Act), passed in August of 1917,  made it illegal for government agents to contract supplies in which in they had  business interests.  The Level Act came under criticism from business elites for threatening to unravel a brewing network of informal military-industrial relations [7]. Public concern with war profiteering would outmatch criticism of the Lever Act, and the word “profit” became nothing short of a dirty word during the war, inciting the disgust of public and government officials alike. 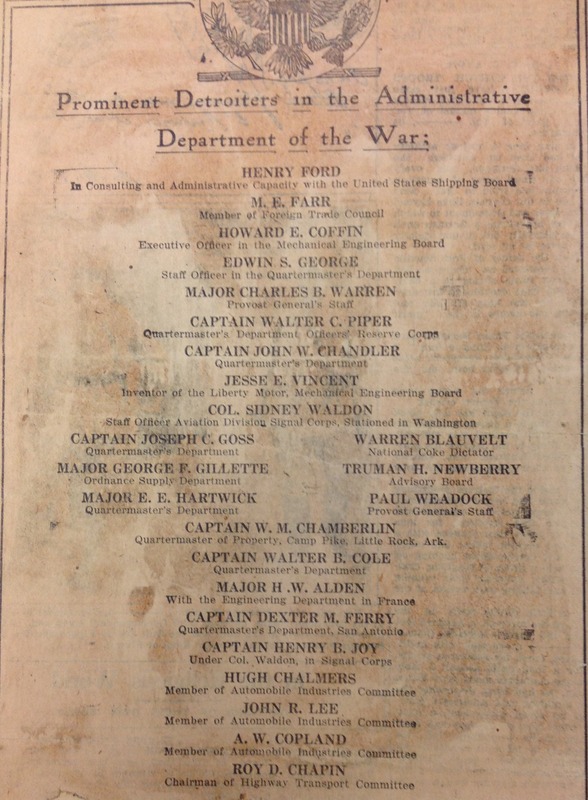 A list of prominent Detroiters and their relation with the War Department.

Despite efforts by the government to control prices and prevent rampant profiteering, American industry benefitted immensely from the war. War contracts were handed out liberally as Michigan companies like Hudson Motors filled new orders for ambulances [8] and Ford and Packard Motors flooded government buyers both at home and overseas with Liberty Engines [9].  Much of the work made by progressives in the previous decade, including increased rights of unions and antitrust laws, were dismantled to secure the production of war materiel [10]. In fact, many industries actively agitated against peace talks and became tacit proponents for the war, in part because of the rise of the United States as a worldwide commerce giant [11]. Yet while American industry undoubtedly benefitted from the war, it did fail to maintain its close relationship with the government after the war. Instead, many industries turned to public institutions and universities after the war, including the University of Michigan, to continue their research on war weapons [12]. Although a lasting and symbiotic relationship between the military and private industry would not develop until the Second World War, the Great War served as a proving ground for government and industry to experiment with cooperative efforts.

← Industry and the University
War Industry
The Military-Industrial Relationship