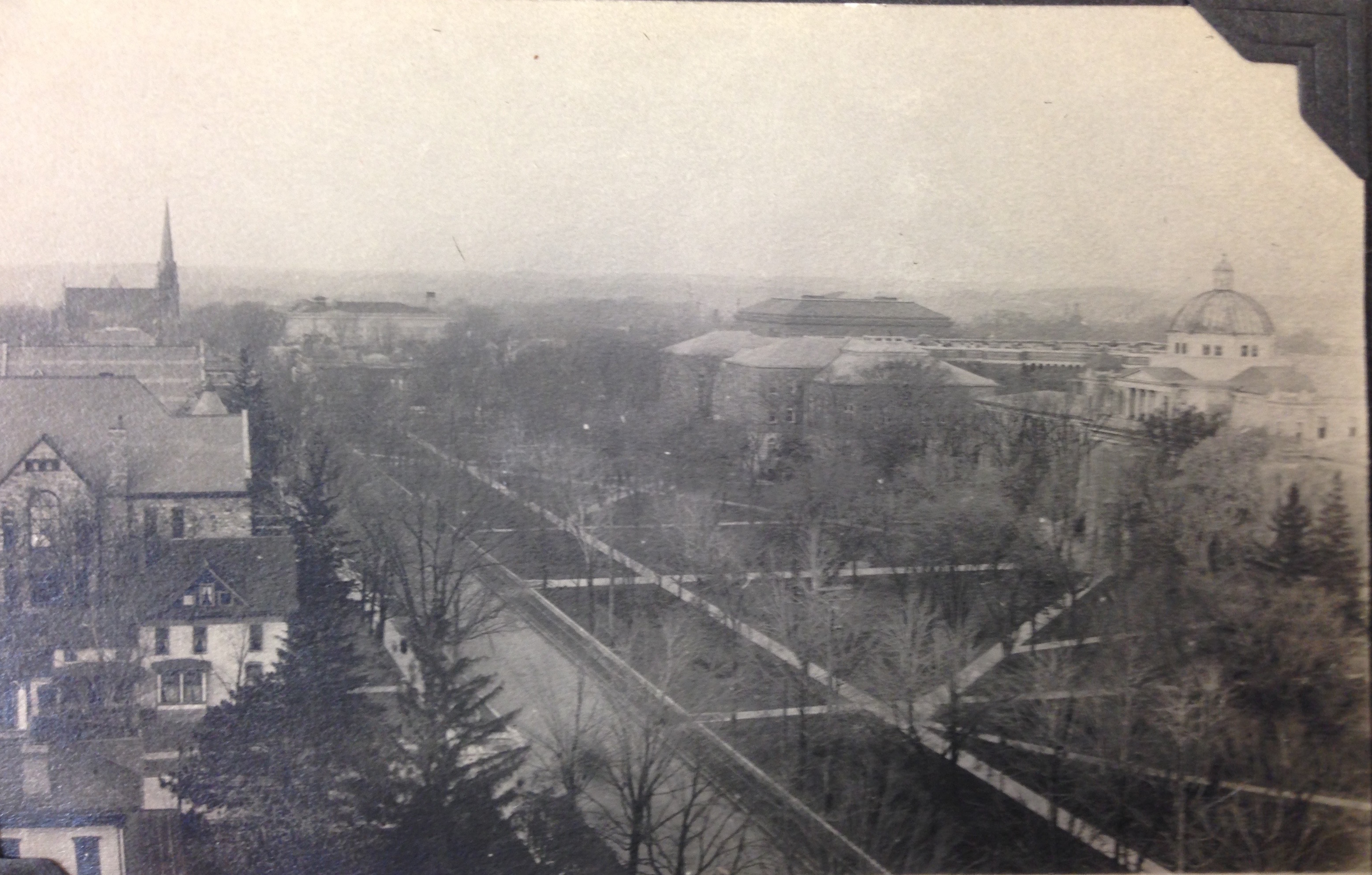 From the University of Michigan to a training camp, to rural villages in France, soldiers saw their first glimpses of the front lines often after a short, exciting stay in Paris. Despite the beauty and excitement of France, the actual horrors of the war are more often relayed through soldiers’ diaries and correspondence between those within the military itself, rather than to loved ones at home. The lack of gruesome detail and documentation of specific activities in letters and postcards from soldiers back to family and friends is due in part to self and official censorship. In addition to understanding the experiences on the front of Michigan men, this exhibit seeks to relay the experiences of women who served abroad.  The words “World War I” often bring to mind images of doughboys and trench warfare; however, men and women both played important though strictly determined, roles in the war. After looking at the experiences of life on the front for both soliders and war relief volunteers, this exhibit will turn its attention to the censored communication between soliders and those at home, and take a look at the growing writing culture fostered by the war.

← Regional Training Camps: The Case of Camp Custer
Life on the Front: Soldiering →
Across the Globe, Across the Diag