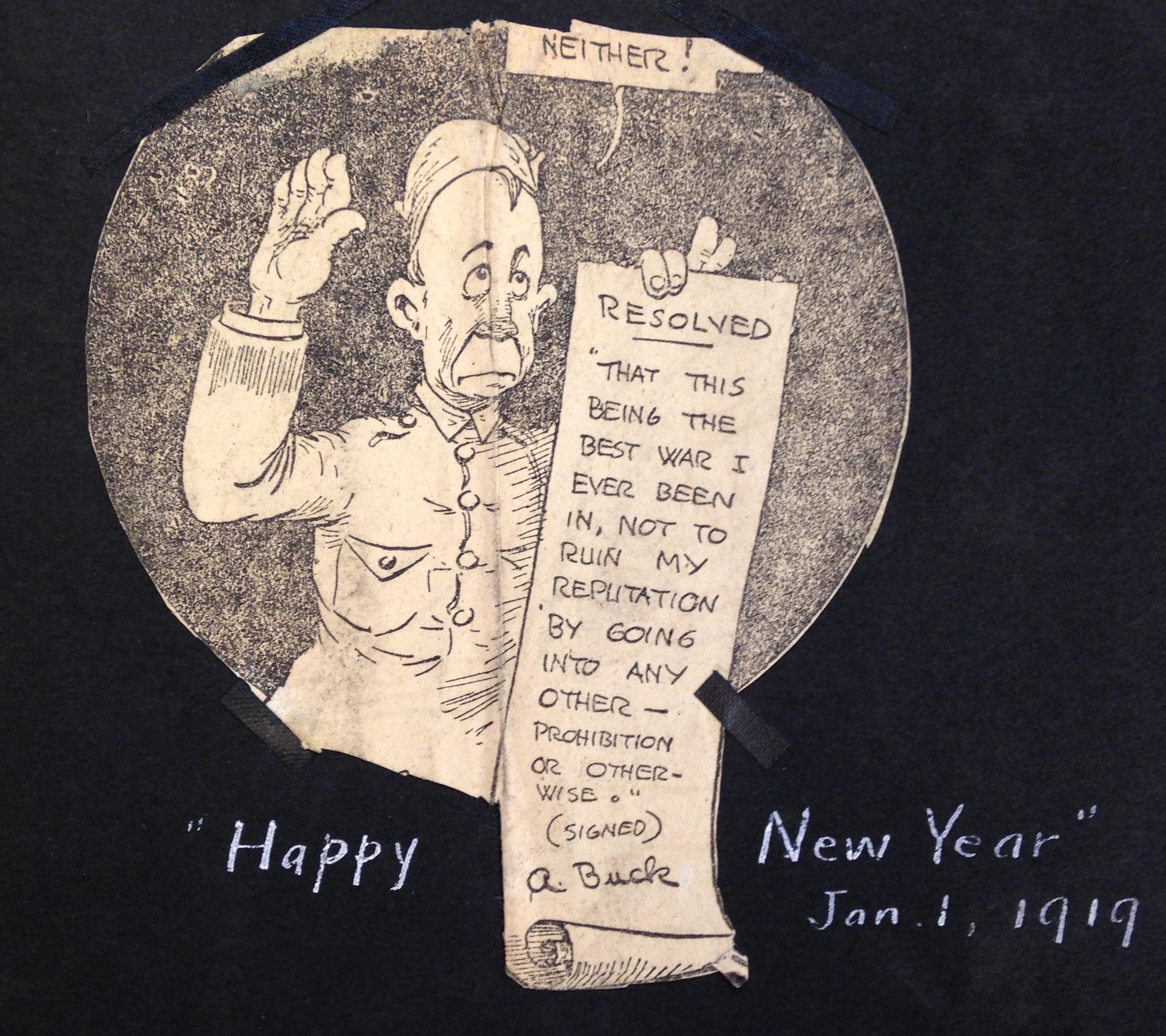 With the close of the war on November 11, 1918, students and faculty, who had left the University of Michigan to serve in the war, returned to the United States. While many Michigan students returned to Ann Arbor to complete their degrees, a sizable number of pupils entered the workforce without completing their degrees.  Others like Kenneth A. Easlick did not return immediately. Easlick had spent two years in the U.S. Army Ambulance Service and found a job with the Reynolds Spring Company of Jackson after the war. After working for the company for five years after the war, he re-enrolled to earn a degree in dentistry.  Easlick eventually taught at the U-M School of Dentistry. 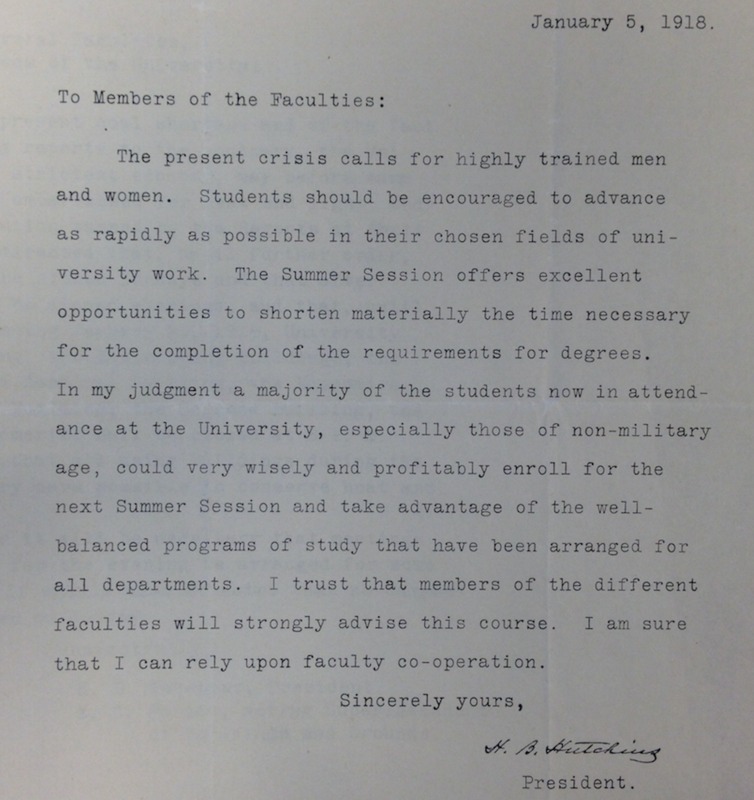 A letter from President Hutchins addressing the faculty about expedited education plans for returning soldiers.

To ease the transition of those student soldiers who wanted to return and complete their degrees the university made some important exceptions. For example, the university allowed students, who had dropped courses to enlist in the army or navy, to have their transcript changed to read “no credit” instead of “not passed” with the permission of their professor. Alternately, if a student had completed the majority of coursework for a class prior to departure, full credit could be awarded. To bolster enrollments, the university allowed high school students, who had served in the military, to matriculate if they had completed eleven of the fifteen necessary requirements and could provide a recommendation of a high school principal. 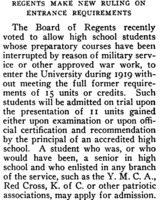 Moses Gomberg in a Michigan lab in 1890.

Faculty too returned to Ann Arbor. However, some professors, who had worked for the war industry, sought lucrative careers outside of the university. For example, William J. Hale, a professor of chemistry, resigned in January of 1919 to work at Dow Chemical. He would eventually serve on the National Research Council [3]. Similarly, Capt. Paul De Kruif, who had worked in the Department of Bacteriology, left the university in January 1919 to work on the spread of epidemics in Allied-occupied Germany. The March 1919 Michigan Alumnus even noted the problem of retaining the best professors in the years following the war due to the attraction of professional advances in the industry [4]. Other notable professors include Moses Gomberg, who gained governmental recognition by working with the Department of the Interior to develop mustard gas yet remained in the Department of Chemistry throughout his career. In sum, the university made significant efforts to accommodate returning soldiers. Enrollments, eventually, increased significantly, and veterans were able to complete their studies with relative ease despite the hardships they had endured. 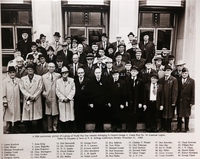 Still the war had a lasting impact. For example, while the SATC was disbanded the ROTC remained, continuing to train students for military service to this day. The camaraderie of Michigan men established abroad, would live on many years after the war. This is evident in the frequent reunions of World War I veterans on campus. Here we have a picture of veterans commemorating their fallen comrades and their own contribution to the war effort in Ann Arbor in 1968. Moreover, while many Michiganders returned, many did not, as evident in the tributes to fallen soldiers in the Michigan Alumnus.