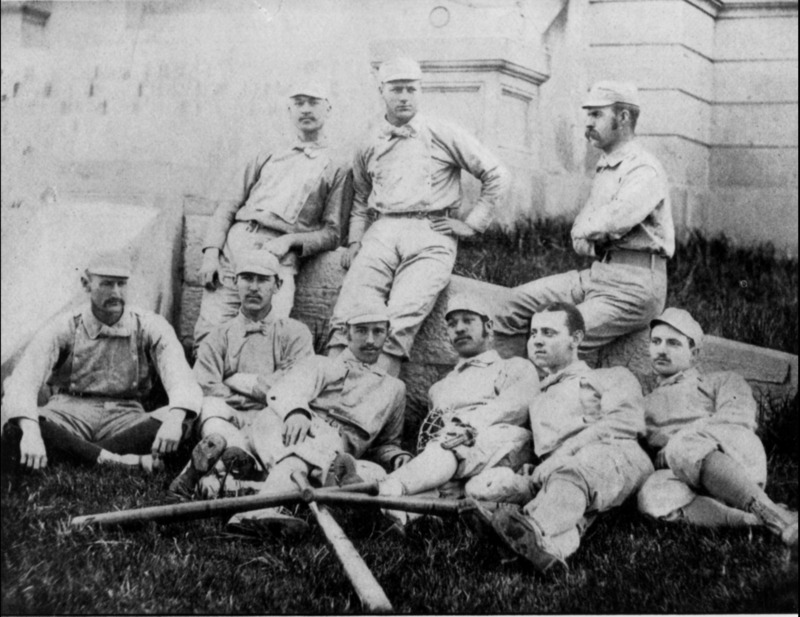 The 1882 varsity baseball team, which was noteworthy for the presence of Fleet Walker, the first African-American athlete at Michigan (bottom row, third from the right)

In the fall of 1881, Moses Fleetwood Walker, known affectionately as “Fleet,” enrolled in law school at the University of Michigan. By the spring of 1882, Fleet had secured a role as starting catcher on the U-M varsity baseball team, becoming the first African-American to play sports at Michigan. During his brief time in Ann Arbor, Walker came to be hailed as a sports hero on campus, and thanks in large part to his performances during the 1882 season, the U-M baseball team won every game it played.

Much to the chagrin of his teammates, Walker decided not to return to Michigan for the 1883 baseball season, as he had been offered a paid position with the Toledo Blue Stockings in the American Association’s Northwestern League, which at the time was considered a Major League. It is for this reason that Fleet Walker is often hailed by baseball historians as the first African-American to play Major League Baseball.[1] In fact, up until the end of the 1889 season—when blacks were driven out of professional baseball entirely by “gentleman’s agreements” not to sign them—Fleet was one of baseball’s most promising young stars. Today, Jackie Robinson is often hailed as the first African-American to break the color barrier in Major League Baseball. Yet the story of Fleet Walker—who for one season in the spring of 1882 was a Michigan Man—shows us that there are other similarly important narratives to remember.