Crisler on the University of Chicago football team, 1921 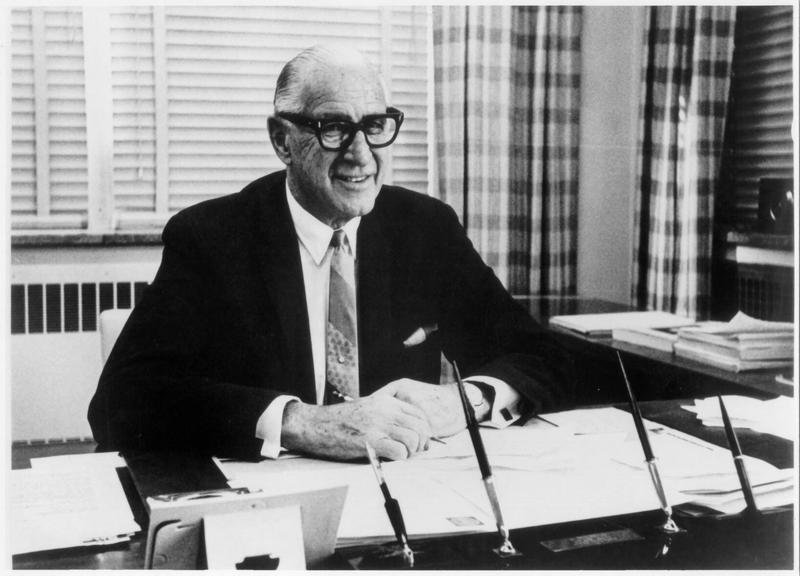 H.O. “Fritz” Crisler served as the head football coach of University of Michigan from 1938 to 1947, athletic director from 1941 to 1968, and chairman of the Board in Control of Intercollegiate Athletics from 1941 to 1968. He was also a key member of the NCAA football rules committee. Before arriving at U-M in the late 1930s, In the 1920s, Crisler had played football at the University of Chicago, where his coach nicknamed him “Fritz” after the famed violinist Fritz Kreisler. Crisler then enjoyed successful coaching stints at the University of Minnesota (1930-1931) and Princeton (1932-1937). During his time as Michigan’s head football coach, he amassed an overall record of 71-16-3. Among his most notable achievements was his role in the introduction of Michigan’s distinctive winged helmet in 1938, and the 1948 Rose Bowl championship his team secured in a 49-0 victory over the USC Trojans. Crisler also played a key role in the Big Ten’s decision to allow athletic scholarships in 1957.  During his time as Athletic Director and chairman of the Board in Control, U-M athletics grew into a million-dollar operation.  Crisler passed away in 1982 at age 83.