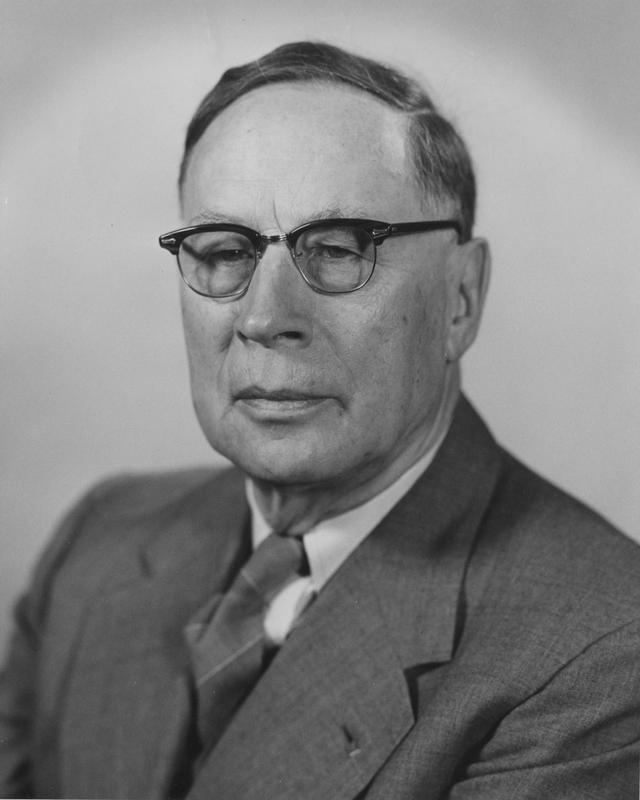 After graduating from the University of Michigan Law School  in 1907, Ralph Aigler (1885-1964) returned to U-M in 1910 as a law professor, a position he would hold until 1955. In 1913, Aigler was appointed to the Board in Control of Intercollegiate Athletics, which he had only learned about after reading an article in the Michigan Daily.[1] By 1915, Aigler was the Chairman of the Board.[2] In 1917, Aigler became the University’s faculty representative to the Big Ten Conference after helping the University rejoin the Big Ten following a ten-year absence.[3] Aigler helped lead the effort to construct Michigan Stadium, Yost Fieldhouse, and other important athletic facilities around campus.

In 1938, Aigler hired Fritz Crisler as Michigan’s football coach, one of the most successful coaches in U-M history. In 1941, Aigler stepped down as chairman of the Board in Control, but remained on the Board and continued to be involved with a variety of issues including NCAA rules and eligibility debates. In 1946, he and Crisler helped secure the Big Ten’s exclusive contract with the Rose Bowl, a tradition that continues to this day. In 1955, Aigler left the Board in Control of Intercollegiate Athletics after forty-two years of leadership.  While reflecting on his career, Aigler commented that “if anyone had then told me that I would continuously be a member of that Board for forty-two years, I would have said he was completely crazy.”[4] Aigler passed away in 1964 at the age of 79. In 1982, he was posthumously inducted into the University of Michigan Athletic Hall of Fame and received an honorary ‘M’ award for his outstanding contributions to Michigan athletics.