When women were first admitted to the University in 1870, they had limited options for athletics. The first U-M gymnasium, the Waterman Gym, was built in 1891, but was mostly reserved for men. Activities for women in the gym consisted of calisthenics, marching, and simple running and throwing games; not organized sports. The University referred to these activities as “gym work” or “physical training."[1] Consistent with medical beliefs of the time, U-M administrators and faculty believed that such physical activity for women was necessary to  “correct the strain” of intensive studying.[2] 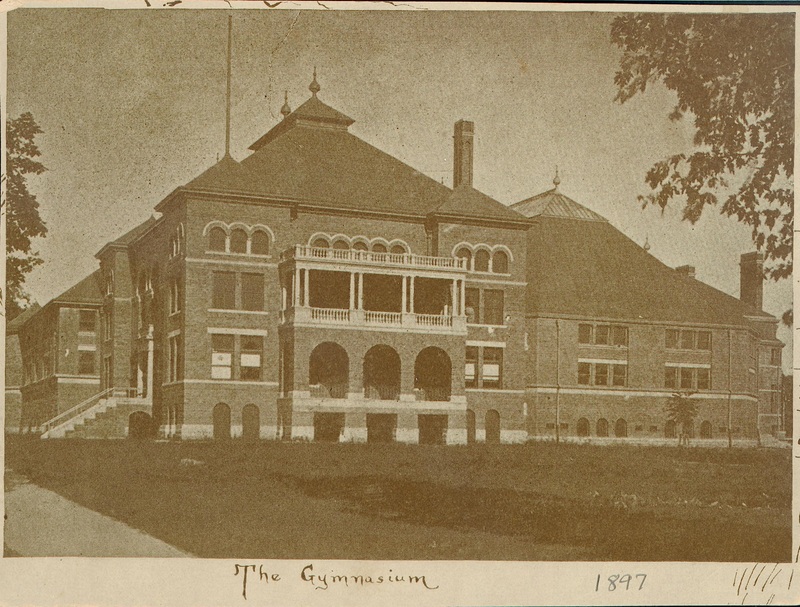 In 1897, after a fundraising drive by female students and alumnae, the University built the Barbour Gym for women.[3] Women’s gym work expanded to include basketball and gymnastics. The following year, U-M declared that both male and female students enrolled in the Engineering and Literature Colleges were required to do two hours per week of gym work.[4]

In 1915, the University integrated a physical education requirement into the formal curriculum. Women were required to take a physical education course for two hours each week for two years. Men, on the other hand, were required to take such courses for only one year. Women also had to attend six lectures on hygiene. In 1921, a separate Department of Physical Education for Women was established.[5] 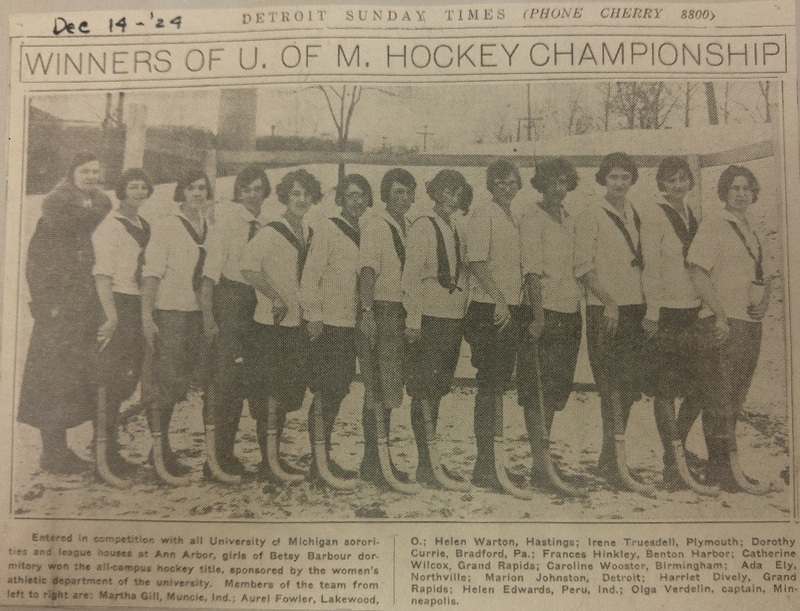 Champions of a 1924 intramural hockey tournament

This new Department gave women access to a diverse array of sports and activities. In 1915, women were offered classes for general gymnastics, folk and athletic dancing, basketball, baseball, cricket, hockey, and archery.[6] By 1941, these offerings had expanded to include badminton, fencing, horseback riding, figure skating, swimming and lifeguarding, and tennis. The Department also worked closely with the Women’s Athletic Association in organizing intramural sports for women, such as highly popular interclass and inter-sorority tournaments in a variety of sports, including field hockey, baseball, and basketball.

Even as opportunities for women’s recreational activities increased, the Department retained its earlier focus on surveilling and correcting women’s bodies. The Department still required that women undergo medical examinations, and women who were found to have “defects” were required to take corrective classes. 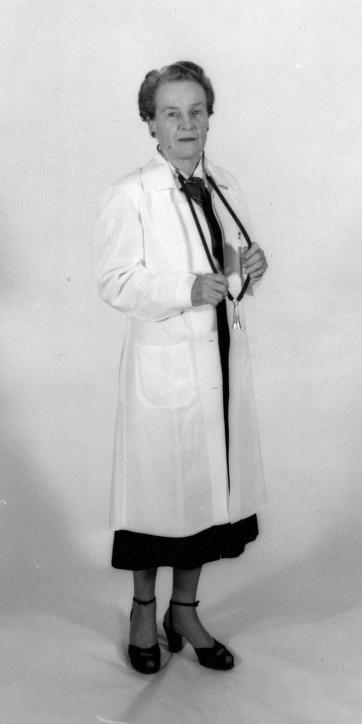 The persistent idea that women were different than men in body and mind—and therefore required such correction even when men did not—also limited women’s access to competitive athletics. Dr. Margaret Bell, President of the Department of Physical Education for Women, for instance, opposed varsity, intercollegiate women’s sports. She once  said that “women, as a group, tolerate competition poorly,” and they are not skilled enough. Instead, Bell envisioned physical education as “an ideal program that fulfills Health and Social objectives.”[7] Because women were deficient in these ways, according to Bell, intercollegiate women’s sports were a “utopian ideal.”[8]