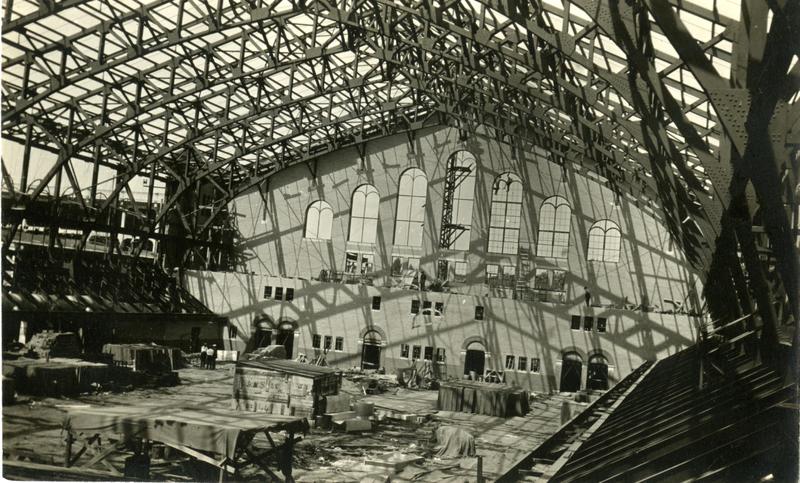 Construction of the Yost Field House, the first step in Fielding Yost's "Athletics for All," program.

In December of 1921, Yost urged the Board in Control of Intercollegiate Athletics to expand the athletic facilities in order to accommodate more sports and the University’s nearly 10,000 students.[1] Reflecting decade-long tensions, the student population had to compete with the Varsity teams for usage of the Waterman Gymnasium and Ferry Field.[2]

Yost largely funded this new and expensive athletic plant—providing facilities for all students, not just the athletes—through gate receipts from football games and without any help from the University, alumni or state appropriations. Football, he believed, was the only sport that could fund the “Athletics for All” program.[3] Yost faced some criticism for this method of funding, although those detractors could never find an alternative method to fund the expansive athletic program.[4] Years later, the big business of football remained contentious despite its immense revenue that helped provide for the athletic department. In 1975-76, for example, football grossed more than one million dollars  from home games alone. In contrast, all other athletic contests combined earned a total of $432,310 from spectator admissions. When revenue from away football games during that school year is taken into account (more than half a million dollars) football totaled more than half of admission receipts and almost one-third of the athletic department’s entire revenue.[5]