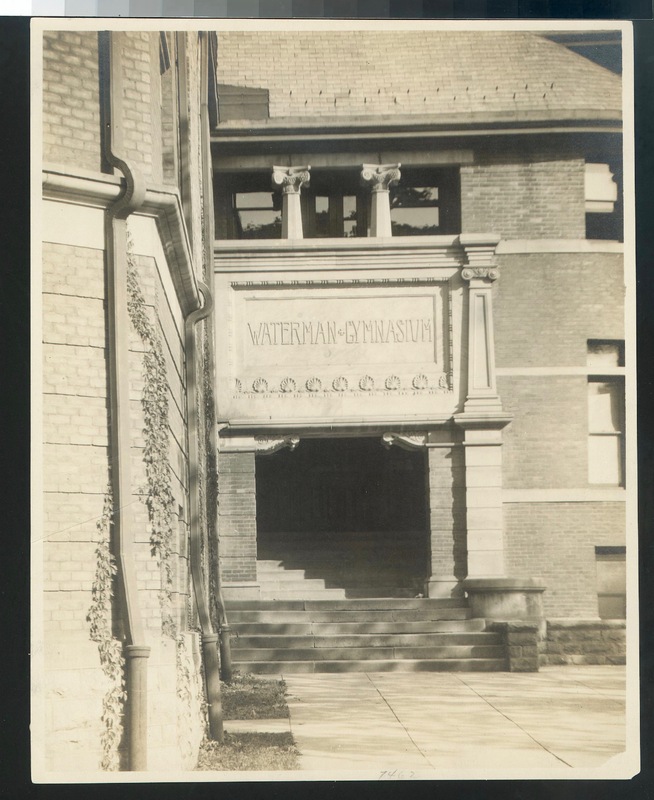 Entrance to the Waterman Gymnasium, the first such facility built at the University Michigan in 1893.

Beginning in the late 1860s, Michigan students — with the help of a proclamation from the University President — organized a campaign to build a facility dedicated to physical fitness and recreation on campus: a gymnasium. Though primarily a student movement, the students did receive some support from faculty. They believed that the gymnasium would allow Michigan to keep pace with other schools who had similar facilities, and would also provide a space for physical activity during the winter months.[1] It took several decades for this goal to be realized, even with faculty support. Waterman Gymnasium opened in April 1893, complete with weights, parallel bars, rowing machines and more. [2]

For the next decade, students participated in “compulsory work” programs — early examples of physical education — for two hours each week.[3] They later watched basketball games, lifted weights, utilized the parallel bars, and engaged in other athletic endeavors. Since it was intended for all students, the non-varsity students eventually found themselves competing with basketball and track athletes for time at the gym.

While it eventually lost its high-profile status at the University with the additions of the Yost Field House and Intramural Building, the Waterman Gymnasium served as the first athletic facility at Michigan accessible to all students — regardless of ability.