During the first century of Michigan athletics, only 171 black athletes wore the varsity ‘M.’[1] For much of this time, track and field drew the most black athletes to U-M, such as long jumper William DeHart Hubbard, the first African American man to win an individual Olympic gold medal. However, not all black athletes who raced for Michigan were from the United States. Indeed, many of the best black athletes on Michigan’s track and field team came from the Caribbean, demonstrating the role of athletics in recruiting international students to Michigan. Many of these athletes also had the opportunity to represent their respective countries in the Olympic Games. 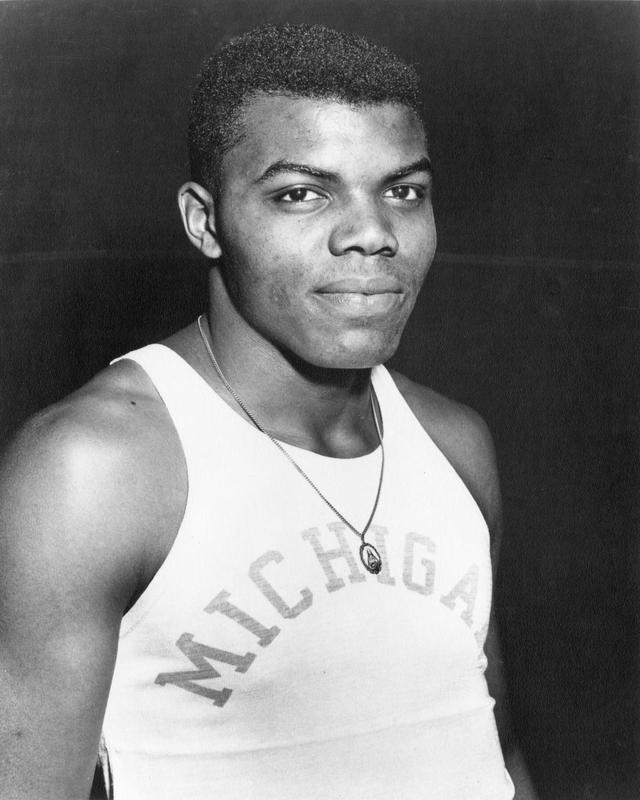 Bahamian Tom Robinson attended Michigan from 1957-1962, where he prepared to attend medical school. He gained immediate notoriety on campus during his freshman year, outperforming sprinters on the varsity squad. According to U-M track and field Coach Don Canham, Robinson was part of Michigan’s “best freshman team ever.” By the end of his time at Michigan, Robinson was a Big Ten champion in the 100-yard and 220-yard dashes. He represented the Bahamas in four Olympic Games between 1956 and 1968. The Thomas A. Robinson National Stadium in the Bahamian capital of Nassau was named in his honor.[2]

Lester Bird of Antigua was one of Tom Robinson’s teammates on the track and field team in the late 1950s and early 1960s. Though he was born in New York, Bird grew up in Antigua. Bird was an all-American athlete in the long jump, a Big Ten champion, and won a bronze medal in the 1959 Pan-American games. After graduating from U-M, Bird pursued a career in law before serving as the second Prime Minister of Antigua from 1994 to 2004.[3]

Trinidadian Kent Bernard was a sprinter on the track team from 1963 to 1965. He was a four-time Big Ten champion in the quarter mile sprint and was captain of the track and field team. In 1964, he represented Trinidad in the Summer Olympics. Due to lack of funds, Bernard had to work over the summer prior to the Olympics, which impeded his practice schedule. He eventually won a bronze medal as a member of the 1600-meter relay team. After graduating from Michigan, Bernard continued to reside in Ann Arbor and worked for twenty-two years as a member of the track and field coaching staff.[4] 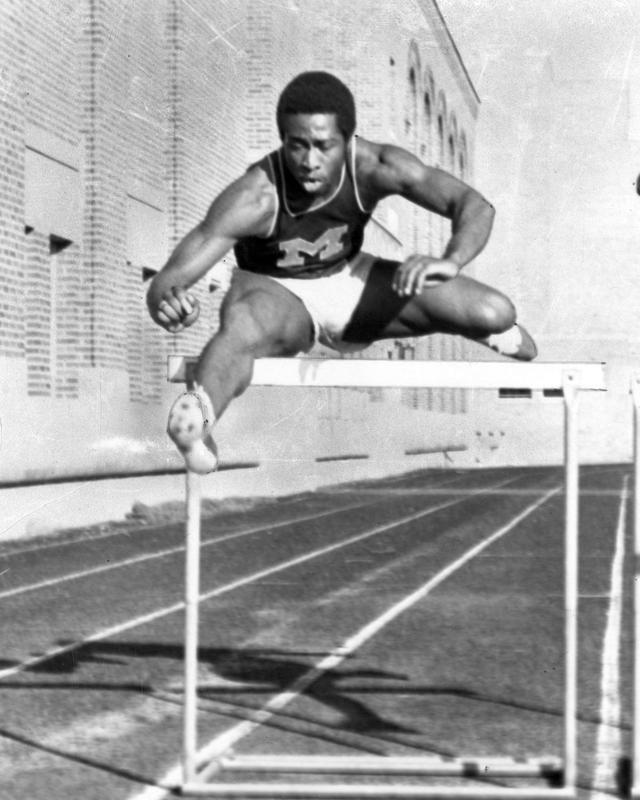 Godfrey Murray was a Jamaican hurdler who attended Michigan from 1970 to 1973. He was a Big Ten champion in the 120 yard hurdles in 1972 and 1973, and competed in the 1972 Summer Olympics. In 1971, historian of Michigan athletics John R. Behee interviewed Murray. The interview provides a compelling window into Murray’s and other student activists’ views about the future of race at Michigan and the United States more broadly: