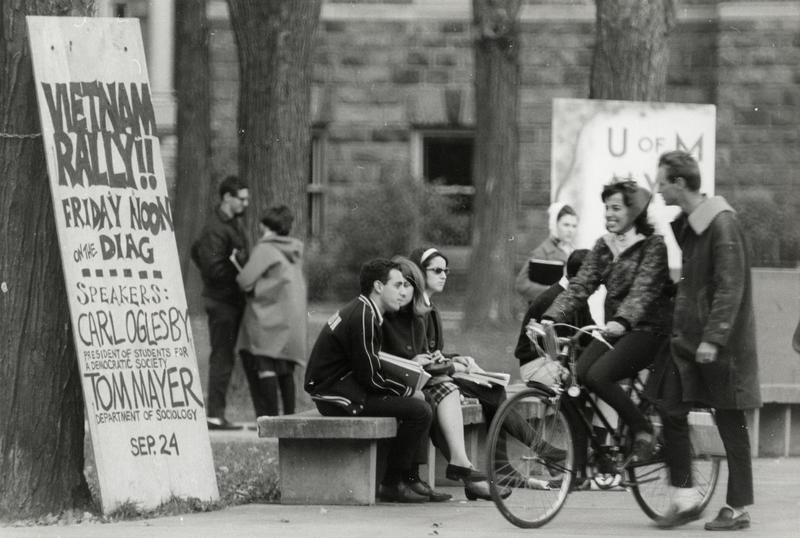 Group of students outside Law Quad, near Vietnam rally poster 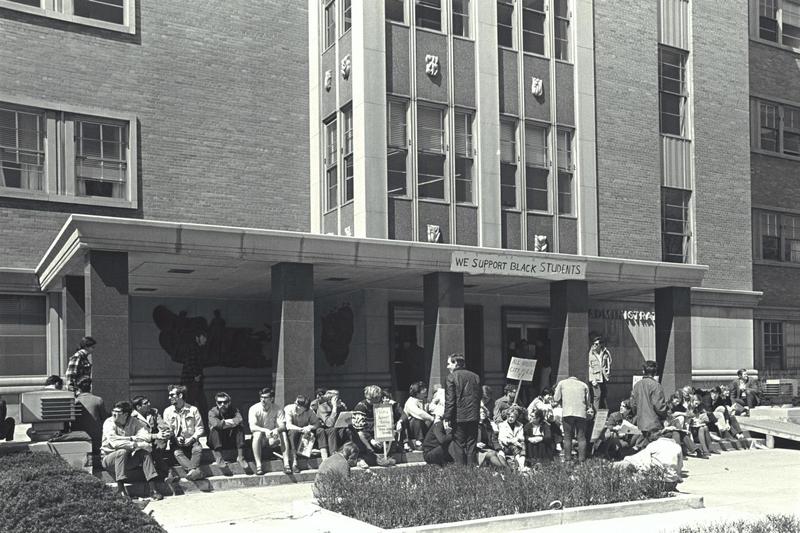 Demonstration in support of 150 black students in sit-in at the Administration Building, April 1968

The political and social activism of the 1960s and 1970s helped set the stage for Title IX in many ways, both on campus and off. The Civil Rights Movement and the Women’s Liberation Movement pushed for equality under the law. In response, the federal government (grudgingly at times) passed new laws that sought to eliminate discrimination by race or sex.[1]

On campuses, protests against the Vietnam War helped reshape relations among students, faculty and administrators, and between universities and the federal government. On the U-M campus, faculty members held teach-ins and students led protests.  As a result, student activists realized that they were capable of enacting social and political change within their university, city, state and even nation by raising their voices against inequities both in their everyday lives and across the globe.[2]

These changes on campus and social and political activism, especially the women’s movement, raised questions about women’s sports and equality. In fact, participation in the Women’s Athletic Association (WAA) programs declined during the 1960s. There were many reasons for this, including resistance to the ‘establishment,’ social activism, stricter academic standards, and the popularity of off-campus housing.  Weakened student leadership and the scarcity of funding led to the dissolution of the WAA in the late 1960s. The club teams continued but without institutional support.[3]