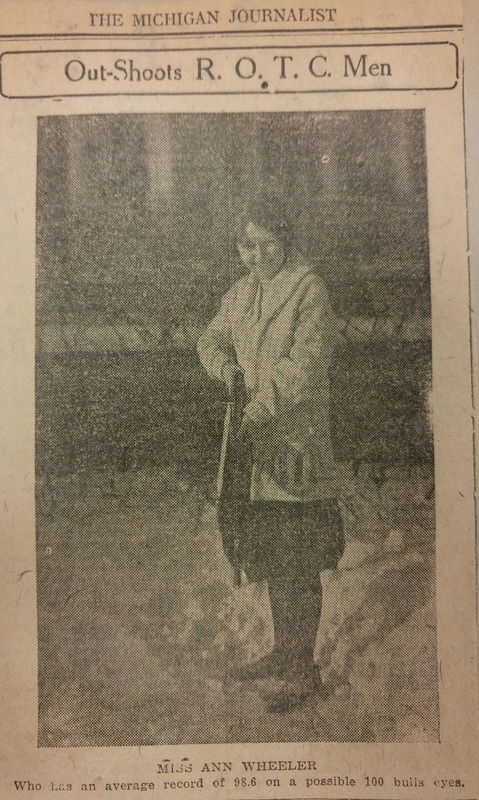 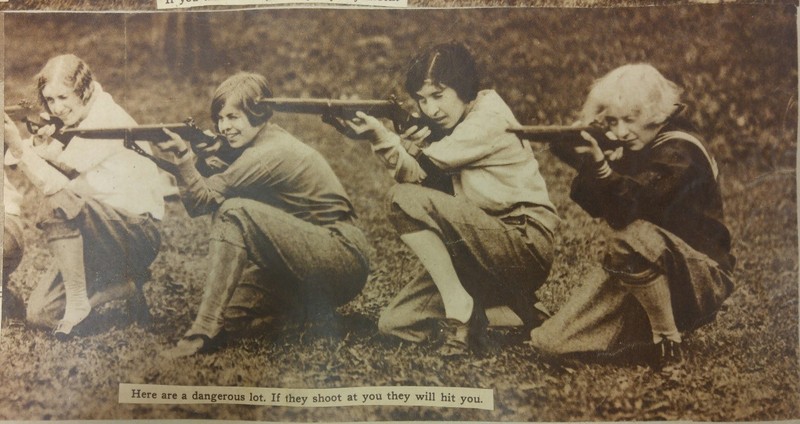 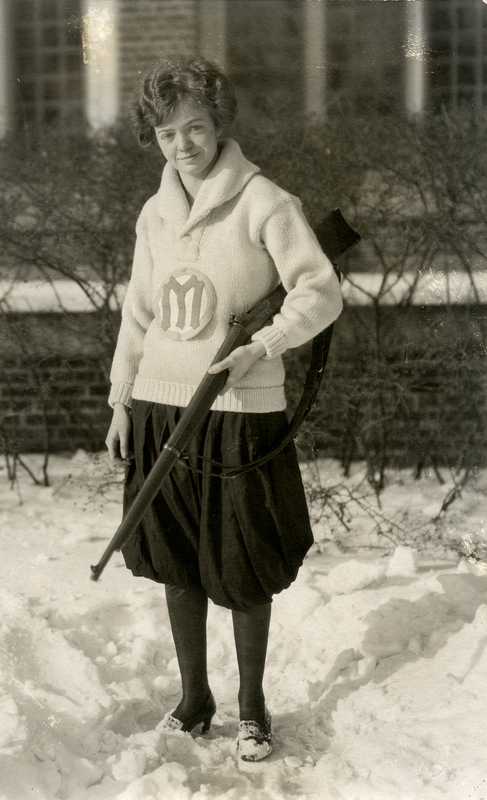 During the early twentieth century, some University of Michigan administrators and coaches feared that rigorous competition might be harmful to the allegedly more delicate bodies and minds of female students. As a result, they sought avenues for competition that would be more indirect and thus less harmful. Technology provided one solution to that problem, through the use of telegraph competitions.[1] When women at U-M showed interest and skill in riflery, telegraph competitions provided a way for them to compete remotely.

Interest in riflery among both men and women increased during World War I. In December 1915, a woman entered the U-M men’s rifle club’s range and showed “an excellent exhibition of shooting skills.”[2] Shortly thereafter, in 1922, a rifle class instructed by Major Willis Shippam of the Reserved Officer Training Corps (ROTC) was extended to women. In that same year, the first of the intercollegiate riflery telegraph competitions took place.[3] By Fall of 1922, Major Shippam had organized a season-long schedule for the women’s team, and women began to compete in these telegraph competitions.[4]

During telegraph competitions, each team shot at targets on their own campus range while an official observed. Afterward, the teams would telegraph their scores to one another. Once the scores were compared, officials decided the winner. The rifle team was the only Michigan women’s sports team permitted to engage in intercollegiate competition at the time, although the women’s swim team would later compete in telegraph competitions as well. The telegraphic format allowed women to avoid face-to-face contests, which were considered harmful, yet provided an outlet for competition. The rifle team was quite successful. In fact, in 1925 the National Rifle Association recognized their accomplishments by sending them rifles, targets, and ammunition.[5] The team continued to compete in telegraphic competitions until “suddenly stopping in 1949.”[6] Overall, technology enabled women to compete on an intercollegiate level while also addressing administrators’ concerns regarding their physical and emotional health.