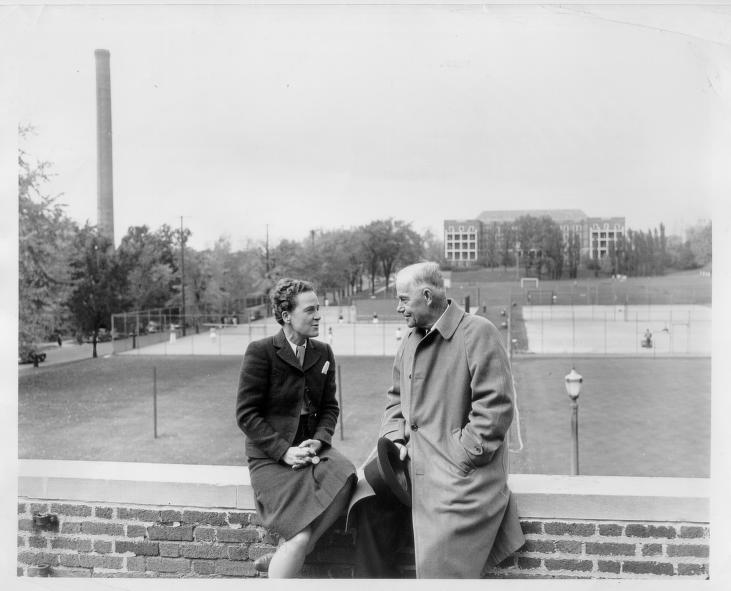 In 1923, Margaret Bell (1888-1969), arrived at the University of Michigan as an M.D. for the University Health Service. That year, she also became Director of the Department of Physical Education for Women (DPEW). Participation in the Women’s Athletic Association (WAA) peaked under Bell’s supervision.  Although she supported women’s participation in athletics, Bell did not advocate for a women’s varsity program. Bell viewed the men’s varsity system as corrupt and believed that intense competition could have harmful effects on the well-being of women competitors.[1]

Bell served the DPEW and the WAA for 34 years. Upon her retirement, the Bell Pool was named in her honor and the female athletes she advised were grateful for her guidance and commemorated her at her retirement in 1957.[3]