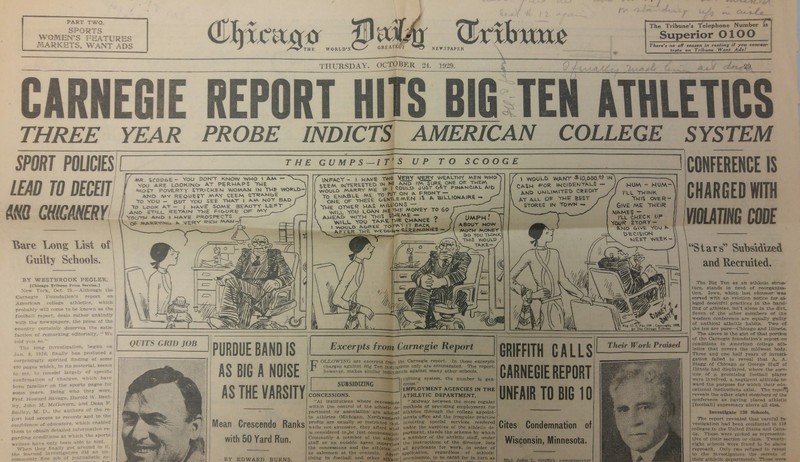 As football profits continued to skyrocket in the early twentieth  century, the University of Michigan, along with other schools with major football programs, faced growing criticisms and controversy. In 1929, the Carnegie Foundation — a private organization that researches and recommends  education policy — published American College Athletics, a report that accused many schools with prominent athletic programs of recruiting athletes, giving them cushy jobs, and paying them. To the Carnegie Foundation, college athletics in its current form posed a threat to education because it was “profoundly deleterious” to high school students, and “Its influence upon the nature and quality of American higher education has been no less noxious.”[1] The University countered that the growth of financial profits in college athletics as an opportunity to improve athletics for all students, rather than a threat to the principles of education.