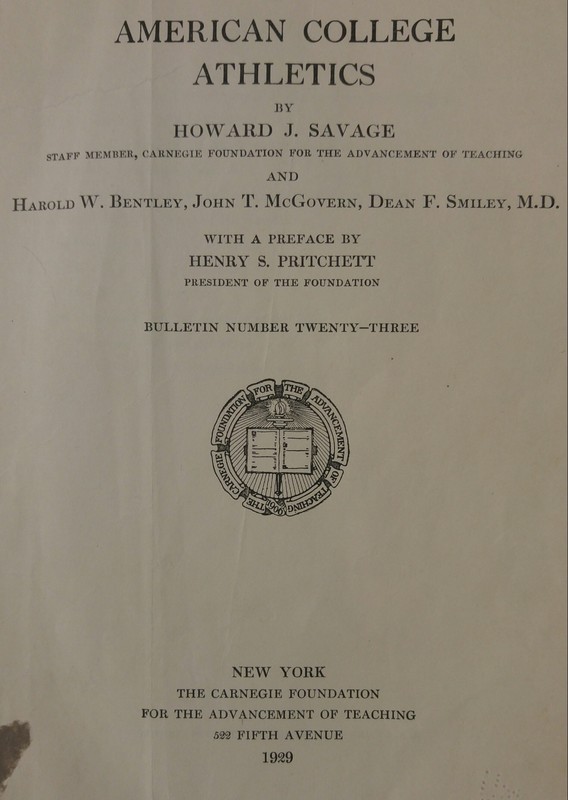 Title page of the report

According to American College Athletics, the recruitment of college athletes had become “a more businesslike procedure” since 1917,  involving coaches, athletic directors, and faculty.[1] The Carnegie Foundation claimed that while the various conferences had denounced recruiting and subsidizing athletes, they had done nothing to actively deter those practices

The Foundation levied a number of accusations at the University of Michigan. The report stated that U-M maintained “an intensively organized, sometimes subtle, system [of recruiting].”[2] It cited letters written by a U-M alumnus to an athletic faculty member in which the alumnus described scouting promising athletes at high school tournaments and recommended that the University contact those prospects. 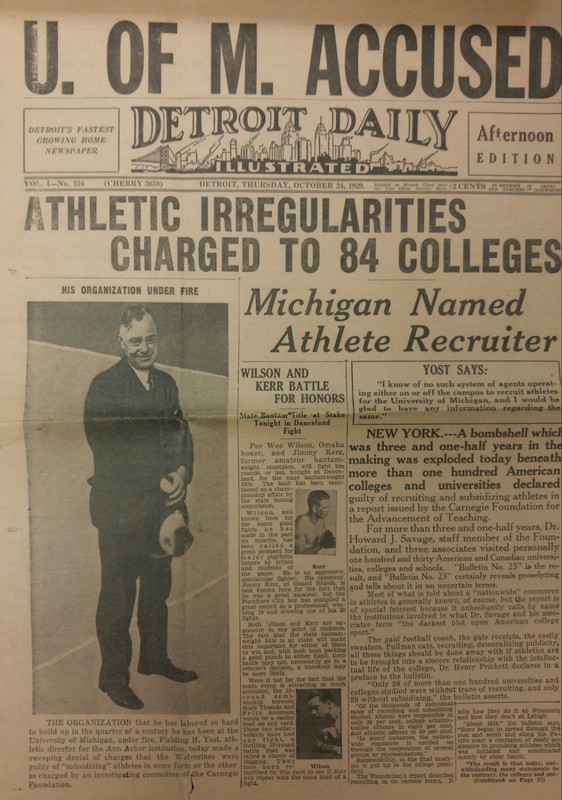 U-M was also shown to be skirting regulations established by the Western Conference—today, the Big Ten Conference. The Conference did not allow universities to initiate correspondence with prospective students; instead students had to contact the school first. U-M dodged this rule by asking alumni to instruct prospective athletes to write to the university. In a letter published in the Carnegie report, a member of the U-M athletic board writing to an alumnus said, “Were these boys to write us first we could, of course, reply and then do our best to induce them to come to Michigan. Perhaps you might wish to suggest this to them... Once I have had a letter from a prospective student I always follow up the case vigorously.”[3]

The Carnegie Foundation claimed that U-M was enticing student athletes with cushy jobs that allowed them to pay for their schooling. In another letter cited by the report, a faculty member wrote to a high school coach, in response to a previous request from that coach  that U-M make an “offer” to a prospective athlete. The board member wrote, “The only offer Michigan can make him is aiding him to find work.”[4] 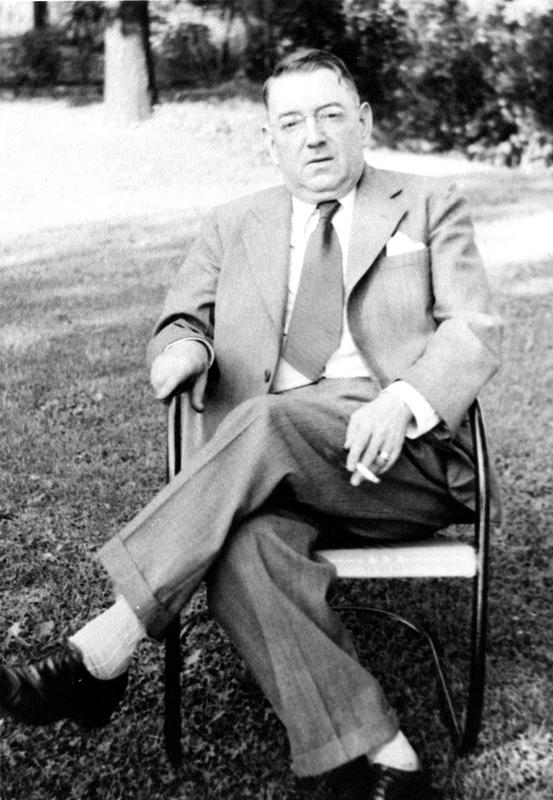 Ralph Aigler, Chairman of the Board in Control

University administrators were deeply offended by the Carnegie report. In the Annual Report of the Board in Control of Intercollegiate Athletics of 1929-1930, the university denied each claim made in the Carnegie Report. Ralph Aigler, the chairman of the Board in Control , wrote the lead author of the Carnegie Report, Howard Savage the year the report was released. Aigler claimed that the Carnegie researchers had acted “as prosecutors rather than as scientific investigators whose aim supposedly is to find truth.” Furthermore, Aigler accused Savage of cherry-picking a small number of letters as evidence, in order to fabricate charges against U-M.[5]

In other letters to Savage, Aigler noted that none of the athletes mentioned in the University’s correspondence  ever came to Michigan. Furthermore, he mentioned that the report found no violations at Iowa University, even though a system of paying athletes had been discovered there soon after the publication of the Carnegie report. Other universities in the region denounced the report as well; soon after the report was published, University of Illinois football coach Bob Zuppke said, “Bulletin 23 recently published by the Carnegie foundation is accurate in only 10 percent of its statements.”[6]