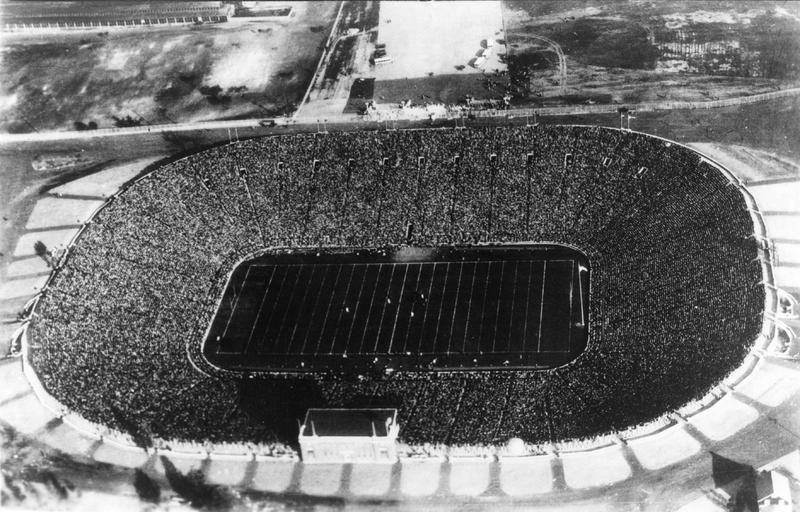 The opening of Michigan Stadium on October 1 1927. 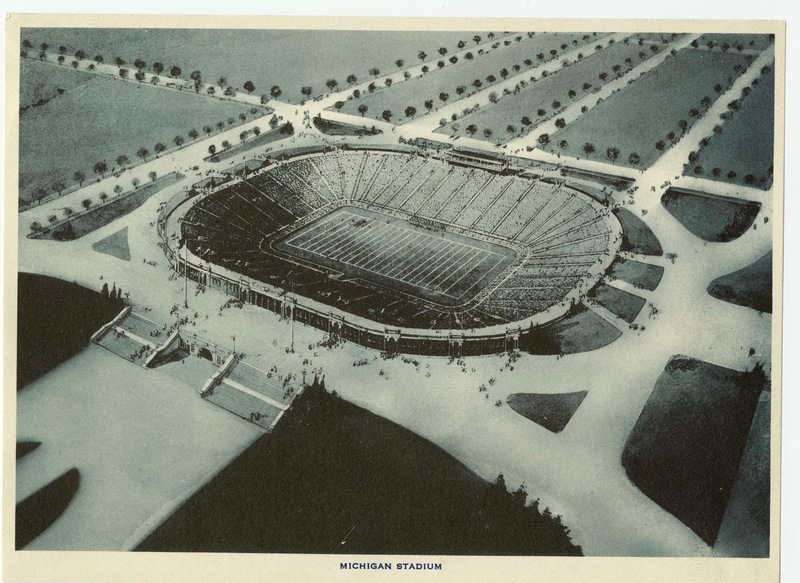 A design of Michigan Stadium, eventually built in 1927.

Fielding Yost purchased land for a new football stadium in 1925. The land became the foundation for what Michigan football broadcaster Bob Ufer would later refer to as  “the house that Yost built, Canham carpeted, and Schembechler made famous.”[1] When Yost began his time at Michigan as a football coach in 1901,  Regents Field — where the Wolverines played until 1902 — accommodated only 800 spectators and spanned just 10 acres.[2] In 1902, Detroit businessman Dexter M. Ferry donated 21 more acres to the football facilities, leading the space to be renamed Ferry Field. Michigan would continue to play football at Ferry Field until the construction of Michigan Stadium.

Because of Michigan’s roaring success on the Gridiron under Yost, as well as widespread popularity for the game of football, he believed a new stadium was necessary. Many more people began attending games and Yost had dreams for a larger facility.

Once Yost became athletic director in 1921, he led a project to engineer the “mammoth”[3] stadium project at a cost of  $1,245,000. Rather than solicit alumni contributions — the usual custom of such an endeavor[4] — or receive state funds, Yost proposed the issuance of 300 tax-exempt, low-interest stadium bonds at $500 a piece to pay for the construction. The bondholders could then purchase season tickets between the 30-yard lines for 10 years.[5] “The stadium was finished by 1927 and on October 1, the Wolverines faced-off against Ohio Wesleyan in the first game. Three weeks later, on October 22, the stadium was officially dedicated in a game with rival Ohio State, when 87,000 fans watched the Wolverines defeat the Buckeyes.[6] From 1927 until Yost’s retirement in 1940, Michigan hosted 88 football home games, with total attendance numbering 2,730,456. [7]

Today, “The Big House,” as it is commonly referred to today, has a capacity of 107,601. Yost’s visions of a massive stadium to watch the Wolverines eventually came true.