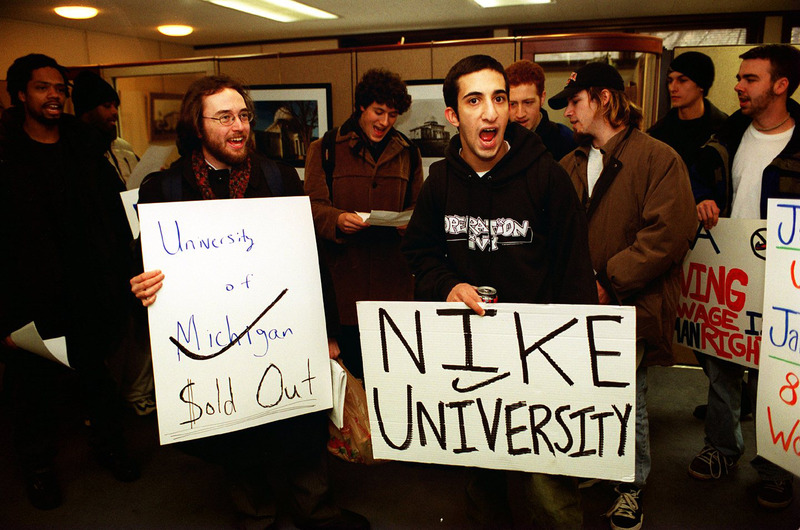 Nike was not the only university supplier with labor issues, nor was it the only one to vocally oppose the university’s anti-sweatshop policies. However, due to its impressive role in American pop culture and a number of widely publicized factory scandals, Nike became a national symbol for the dangers of the sweatshop labor. On campus, Nike’s massive contract with Michigan athletics, one of the largest of any college in the country, made it an easy target for SOLE and others.  Students made the company a focal point in many of their demonstrations.

Nike's relationship with the university was rocky at best. Starting with the University of Michigan adopting a strong code of conduct in 1999, Nike began years of negotiations to weaken anti-sweatshop protections and to mitigate the impact of the university's regulations on their business. The last straw was Michigan joining the WRC, and Nike decided to would rather end its contract than comply with a set of guidelines it considered unreasonable. While the university and Nike signed a new contract in 2001 with new protections for they company's workers, Nike continued to be a target for activists.