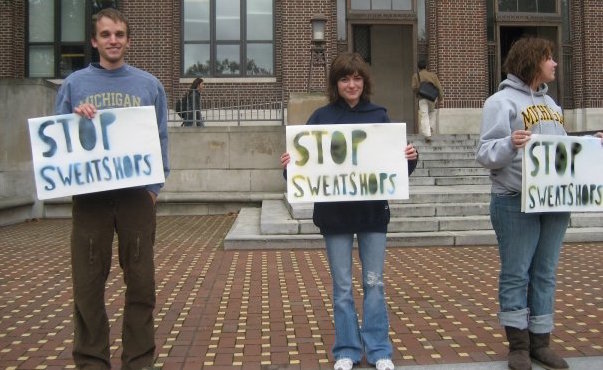 SOLE students hold a mock fashion show on the diag to draw attention to the poor working conditions in factories producing University of Michigan apparel.

After years of taking a back seat to other issues, in 2007 the anti-sweatshop movement once again dominated the conversation on campus. The national WRC began pushing its member universities to adopt a Designated Suppliers Program (DSP) that required that schools contract only with pre-approved companies with strong human rights records. This push reinvigorated SOLE, who saught to pressure reluctant administrators to look into the program, and they did so using tactics common to the early days of the movement. However, this debate enflammed major tensions between students and the administration, and this frustration fueld a new series of demonstrations and protests by SOLE.