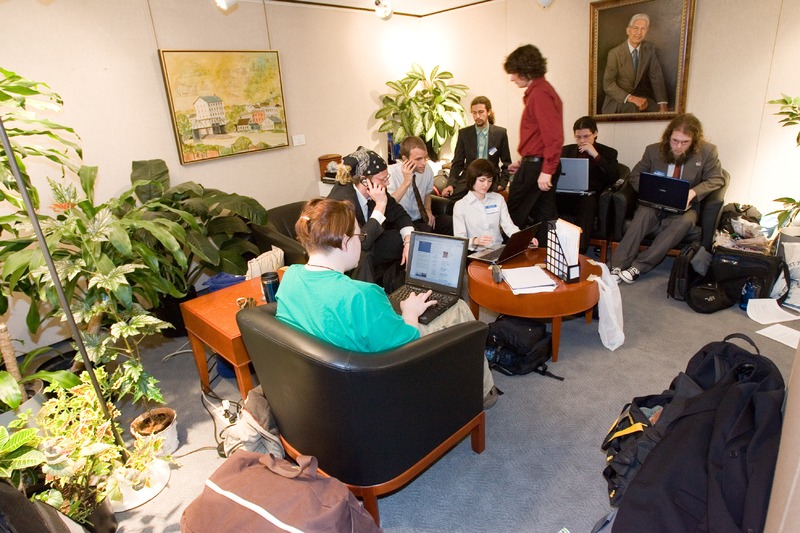 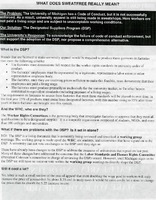 Leading into 2007, SOLE had received reports that companies producing U of M apparel were not meeting the working condition standards outlined by the WRC, meaning that the university was failing to enforce its policies surrounding the production of licensed goods. Through USAS, SOLE learned about these continued abuses and brought factory workers to campus to speak about their experience. Based on this information, SOLE believed that membership in the WRC alone was not doing enough to protect workers. In conjunction with the WRC, USAS had developed a new policy, called the Designated Suppliers Program (DSP), that required all factory employees to be represented by a union and paid a living wage. Activists did not seek to replace the WRC with the DSP, instead asking that universities join the DSP to strengthen their membership in the WRC. In a recent interview, Aria Everts, a SOLE leader in 2007, acknowledged that the DSP imposed strict guidelines on universities, but had hoped that the University of Michigan would be willing to at least sign on to a revised version of the plan as a "symbolic" gesture that the administration was committed to solving the sweatshop issue. 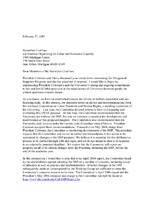 encourages SOLE to work with committee

In the fall of 2005, SOLE sent the DSP proposal to the President’s Committee on Labor Standards and Human Rights as a part of the national SweatFree Campus Campaign organized by USAS, hoping that, like Duke University and others, the university would adopt the plan. As the committee stalled on making a recommendation on the DSP and President Mary Sue Coleman repeatedly denied requests for meetings until the committee had released its report, SOLE launched a series of protests--wearing gags to committee meetings, holding an “I’d Rather Go Naked” rally, conducting a one-day fast, and writing letters to President Coleman. In May 2006, the committee rejected the proposal and the university did not adopt the DSP. Following the rejection, SOLE worked to revise the program, most notably cutting the union requirement,  and reintroduced it to the committee the following year. However, SOLE was growing increasingly dissatisfied with the President’s Committee. Blase Kearney, a leader of the 2007 SOLE sit-in, describes the committee’s approach to enforcing labor standards: “They were mostly a committee established to forestall any action on human rights work. They would review and criticize the Russell contract, for instance, but long term, system-changing solutions were not their goal, and it gave the president bureaucratic deniability when she would be confronted with demands to change.” The letters to the left exemplify the administration's approach to SOLE and the President's Committee: President Coleman praises the thorough work of the committee, only mentioning SOLE briefly, and Gary Krenz urges SOLE, as late as 2007, to work through the committee on the DSP. As the committee once again began debating the merits and drawbacks of the DSP, SOLE prepared to take action themselves.

Aria Everts, a SOLE leader in 2007, describes the frustration of working with the committee on the DSP and SOLE's decision to stage a sit-in.

The group opted to conduct another sit-in, partially inspired by earlier SOLE sit-ins  as well as the Students of Color Coalition group that occupied the Michigan Union in 2000. SOLE hoped that the sit-in would force President Coleman and the committee to work with SOLE and take action on the DSP. The sit-in was scheduled to preempt the release of the committee's April 20th decision on the DSP and planning began more than a month in advance. Like earlier sit-ins, SOLE arranged to have a rally outside while students occupied the president's office. Although they had success in the past, SOLE members did take into account that President Coleman operated differently than President Bollinger and that times had changed since the sit-ins of the early 2000s and arrest was a high possibility. With this in mind, SOLE leaders advised members how to act should they get arrested and sought out legal guidance. The potential for arrest and proximity to final exams made it difficult for SOLE to recruit enough members to commit to an open-ended sit-in, but eventually twelve students volunteered, which former members remember being satisfied with. SOLE also prepared to deal with the significant media coverage they would receive, appointing Aria Everts spokeswoman to ensure a consistent message and asking SOLE members to wear suits to the sit-in. Former SOLE member Adam Lax recalls that this was to "favorably shape and legitimize our image so we wouldn't be dismissed as 'dirty hippies.'" 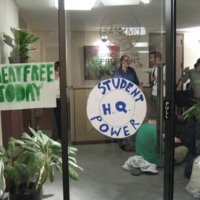 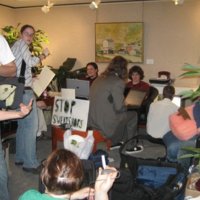 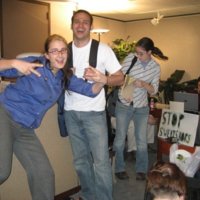 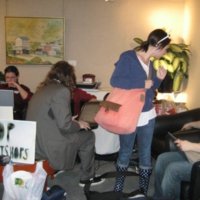 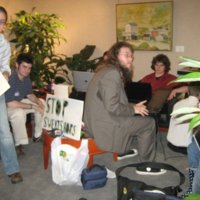 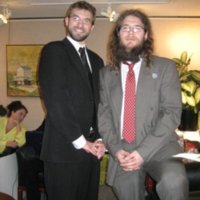 The morning of the sit-in, April 3, 2007, members of SOLE were very anxious and giddy to begin their demonstration. A large group of protesters assembled outside of the Fleming Administration Building, as well as a group in the lobby. Of the lobby protesters, a select group of 12 members who attended packed bags, as they would be the ones to stay overnight. SOLE also urged supporters to call and fax in to the office voicing their support for the DSP, creating a buzz of activity throughout the sit-in. In an announcement during the sit-in, university spokeswoman Julie Peterson stated, “There is clearly a very organized campaign underway,” in  confirming that the office received hundreds of communications from SOLE supporters.

The sit-in atmosphere, while initially “giggly” and exciting, became relaxed and friendly. Yousef Rabhi, a SOLE member who took part in the sit-in, remembers how the students spent the day: “Most of the day was chilling out, doing homework. One of the guys brought a guitar and he was singing labor songs...we were playing board games and just hanging out in the lobby.”  This atmosphere has been preserved through video footage of the sit-in taken by a SOLE member. There was also interaction with administrative figures, such as Gary Krenz, special counsel to the president, who offered to arrange a meeting between SOLE, himself, the Committee on Labor Standards and Human Rights, Vice President for Student Affairs Royster Harper, and UM General Counsel Martin Krislov. Significantly, however, President Coleman would not meet with the students, as Bollinger had done during the 1999 and 2000 sit-ins. President Coleman’s inaccessibility to the student protesters had been a problem for SOLE leading up to the sit-in. Rather than meeting with SOLE leaders personally, Coleman repeatedly redirected them to the Committee on Labor Standards and Human Rights and the sit-in had been conceived in large part to demand the president’s attention. Coleman’s distance during the sit-in further disappointed SOLE students. Rahbi remembers  President Mary Sue Coleman addressing the SOLE members during the sit-in only once, ending her vague statement with “...I don’t take demands from students.” For the students occupying the office, this phrase perfectly summed up their experience with Coleman.

While SOLE perceived a lack of support from Krenz and Coleman, there was much support from other administrative faculty, such as the Dean of Students who did her job by asking the group to leave but also included personal words of support as she believed that more people in the office agreed with the goals of SOLE than disagreed. The Department of Public Safety was present the entire time, and their numbers increased as the time neared 5 pm, closing time. Gary Krenz remembers the administration debating what to do with the protesters, “My recollection is that one of the issues here is that under Michigan law...law enforcement cannot physically remove somebody without arresting them.”  Around 5:20pm, Krenz and Dean of Students Sue Eklund warned students for a last time that they would be arrested if they did not leave the building. Eklund told the protesters, “I want to make sure that an arrest this evening feels like this is the best decision to help your cause.” Legal observers were also on hand to witnesses and observe the situation to make sure that things were going smoothly. 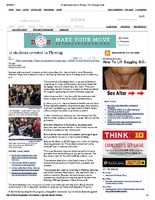 Daily coverage of the sit-in

The 12 SOLE members who stayed began to gather their things and pack their bags around 5 pm because they realized that they might be arrested. They had discussed among themselves and with members of the Lawyers Guild in order to determine the best and most legal way to be arrested. The Department of Public Safety officers then presented SOLE with an opportunity to leave, to which the demonstrators responded that they were not going to leave until they were able to speak with President Coleman. Following SOLE’s denial to the Department officers, campus police asked them one by one to stand, speak their name, identify their belongings and then were zip tied and escorted into a police van. All 12 SOLE members present were arrested and of the 12, only one was placed in actual handcuffs. The men and the women were separated, the men were placed in a police van and the women were placed in police cruisers. The entire time of incarceration, the two genders were separated. In between the time it took for all 12 SOLE members to be arrested and escorted to the Police Department, a crowd of SOLE supports had emerged and cheered for the incarcerated SOLE members as they were taken inside. 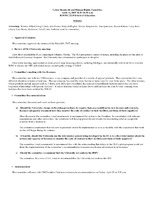 The committee votes against the DSP 9-1 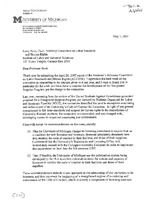 Although SOLE had succeeded in making their cause publicly known and gaining major media coverage and attention, they were not successful in getting the university to adopt the DSP. On April 16, the committee met for the last time of the academic year and voted 9-1 against the adoption of the DSP. SOLE member Aria Everts cast the sole dissenting vote. On April 20, the committee sent their report and reccommendation against the DSP to President Coleman, who accepted their decision.

Beyond the failure to adopt the DSP, the sit-in also did not propell SOLE to the same status they had enjoyed after their earlier sit-ins. A big negative factor for the sit-in was timing. The April 3rd sit-in occured shortly before final exams, which discouraged many students from committing to an indefinite occupation. This also meant that any progress and momentum that SOLE had gained in April was soon dissipated throughout the summer. Looking back on this, some former members believed that September would have been a much more effective date to hold the sit-in.

A Giant Check is Delivered to President Coleman from SOLE

However, SOLE did not fold immediately. They continued to protest the committee's recommendation and demonstrated at the April 19th Board of Regents Meeting. SOLE continued to be a public presence on campus. In February 2008, they staged a memorable protest at the opening of the campus cafe, Bert's. Because President Coleman was so difficult to meet with, SOLE reasoned that they would just go to where she was. As Coleman began her speech at the dedication of the new university cafe, SOLE members interrupted her and presented her with a giant check, signed by "Dignity" for 25 cents--the additional amount the university would have to spend per item of clothing to improve conditions for workers they explained. The action made no real ask of Coleman, but highlighted their strained relationship with the president and garnered media attention. SOLE also began looking beyond the DSP and became involved in campaigns against the Chipotle restaurant chain and Russell athletics.