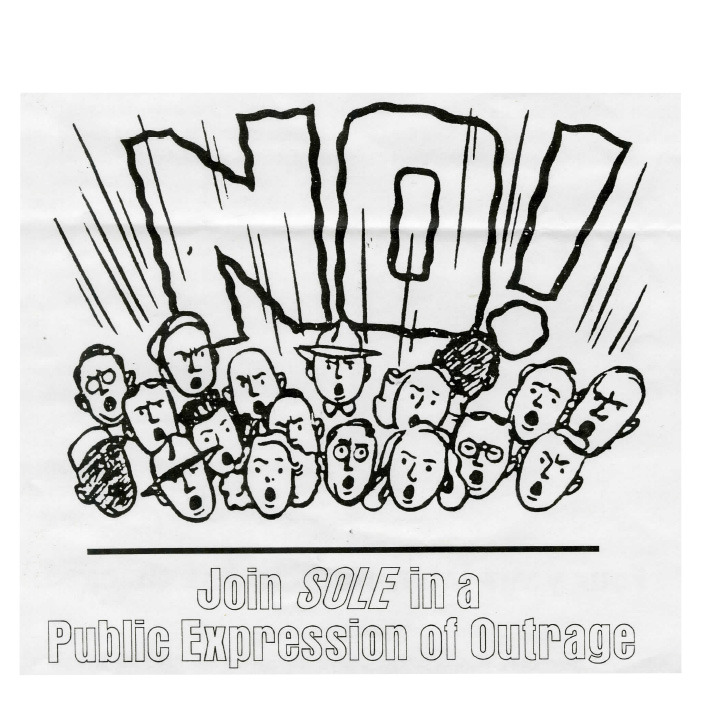 "Whoever said student activism is dead must be dead themselves."

As SOLE grew in both numbers and support, its members became emboldened enough to directly confront President Bollinger and the rest of the administration over their contracts with apparel manufacturers. SOLE staged a number of dramatic sit-ins and protests to get the university to adopt a living wage, require apparel manufactures to disclose the locations of the factories, and join the Workers Rights Consortium.  These rules went far beyond those introduced by the Fair Labor Association and the Collegiate Licensing Corporations Code of Conduct, and students hoped they would meaningfully improve the working conditions for factory workers who produce University of Michigan apparel.

While SOLE achieved many of its immediate goals, they also had to grapple with major tensions during this period as well. The Students of Color Coalition was conducting a sit-in at the same time as SOLE, and the two organizations had to find ways to cooperate so they could both effectively pressure the university. SOLE also had to contend with conservative opposition to their cause on campus and beyond.