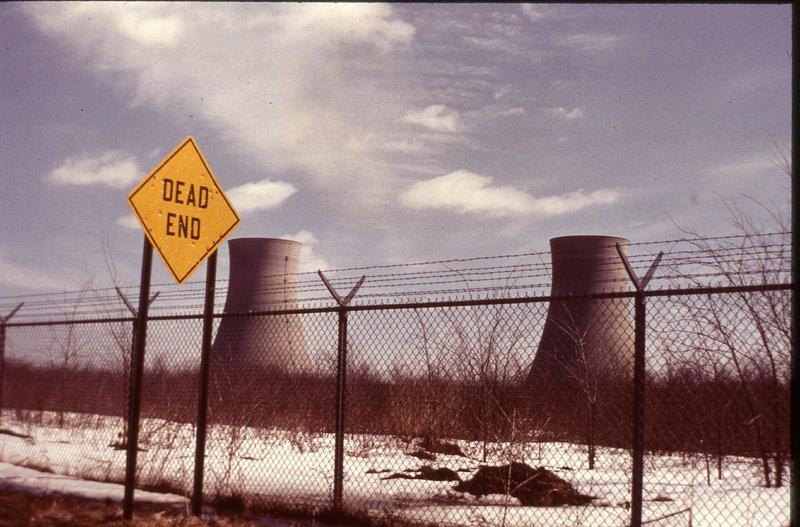 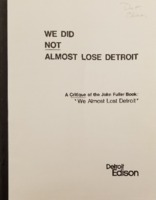 Before Fukushima, Chernobyl, and Three Mile Island, there existed Fermi 1. Fermi 1, located in Monroe County, Michigan, was the worst nuclear incident in the United States before the Three Mile Island disaster struck the nation in 1979. Fermi 1 was a fast breeder reactor power plant cooled by sodium and was designed to have a maximum capacity of 430 Megawatts though it would never reach its potential. It was tested at low power for its first few years of operation. In October 1966, when ascension to full power a partial meltdown occurred before operators were able to shutdown the reactor manually.  While there were no injuries and no hazardous radiation was released, the incident still sparked the interests of early activists who thought that nuclear power was too dangerous and could not be operated safely. The fears of many people were captured in John Fuller’s popular 1975 book “We Almost Lost Detroit,” and in 1976 Detroit Edison (now DTE) published and distributed a booklet called “We Did Not Almost Lose Detroit.” 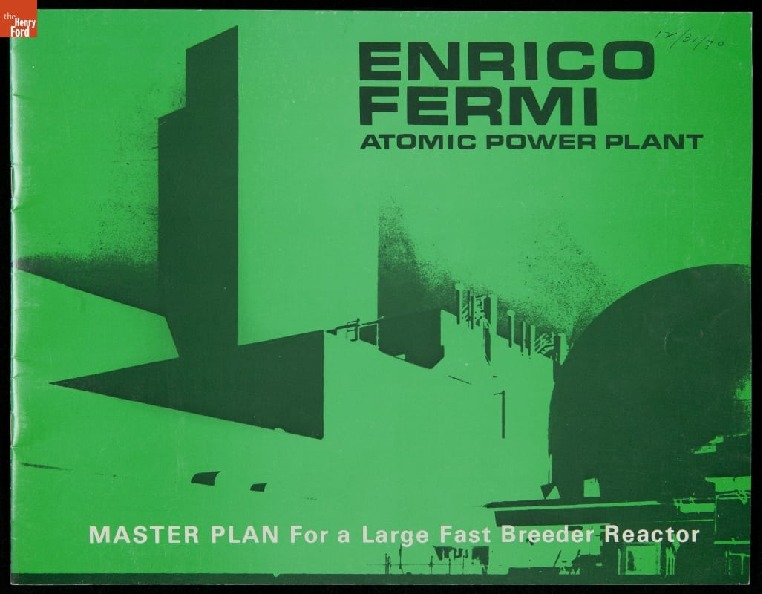 Adding to the controversy that surrounded Fermi I was the fact that it had a much different design than nearly all nuclear power plants operating today. It was an experimental “breeder” reactor, so in theory it could create more nuclear fuel than it consumed. This type of reactor was often seen as more difficult to operate than the conventional nuclear plants of the time, mainly because of the shorter window of time to regain control. Unlike water-cooled reactors, Fermi I used a nonstop circulation of liquid sodium, a volatile substance that can explode when exposed to air or water, for temperature control. "Your margin of error is so small that if something goes wrong, you don't have much time to fix it," Dave Lochbaum, director of the nuclear safety project for the Union of Concerned Scientists, said of breeder technology. This was due not only to their volatile sodium coolant and low margin for operator error, but also the possibility that an initial mishap, like a fuel melt, could trigger a far worse "secondary criticality" with a large explosive blast and deadly radiation release. 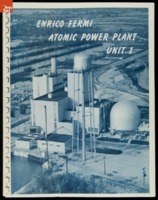 Fermi I was originally planned to be functional in 1959, but it didn't actually start up until 1963 because of delays including a sodium explosion mishap and an unsuccessful lawsuit to halt the plant led by UAW leader Walter Reuther, who said a breeder reactor was too dangerous for a populated area. In October 1966, when ascension to full power a partial meltdown occurred before operators were able to shutdown the reactor manually. Fermi 1 stayed offline until July 1970, when the reactor was started up again. It went on to produce a modest amount of electricity before it was permanently shut down in 1972 for financial reasons. Fermi I remains one of just two “breeder” reactors ever built for commercial potential to operate in the U.S. Nuclear industry. Experts believe that the fall in popularity of “breeder” reactors has more to do with economics than safety concerns.

Few people considered Fermi I to be a success. However, in July 1968, DTE Energy announced plans to build a second nuclear reactor. This one would be a General Electric boiling water reactor. Fermi II had the odds stacked against it, while it didn't have the same issues that Fermi I did. Citizen activists still had a bad taste in their mouths and were quick to turn against Fermi II as well. 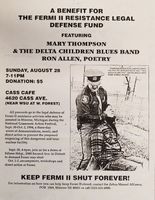 The original project cost of the plant was near $300 million, but the plant ended up costing more than a billion dollars before it was finished. This increase cost of the plant was passed onto consumers when they increased their electrical rates. During construction of the plant in 1972, major construction problems came to light, such as cracking of the concrete basement slab of the main building and the collapse of an upper concrete floor. Construction was halted in 1974, when the plant was only 45% complete, because Detroit Edison was unable to raise the additions funds needed. This made original investors doubt the economic viability of the plant, so to solve their financial issues and continue construction Detroit Edison sold part of the plant and its output to northern Michigan electric cooperatives. Since these companies were so small and they received loans from the government to purchase part of the plant, activities saw this as a concealed government bailout for Detroit Edison that Michigan Attorney General Kelley opposed. 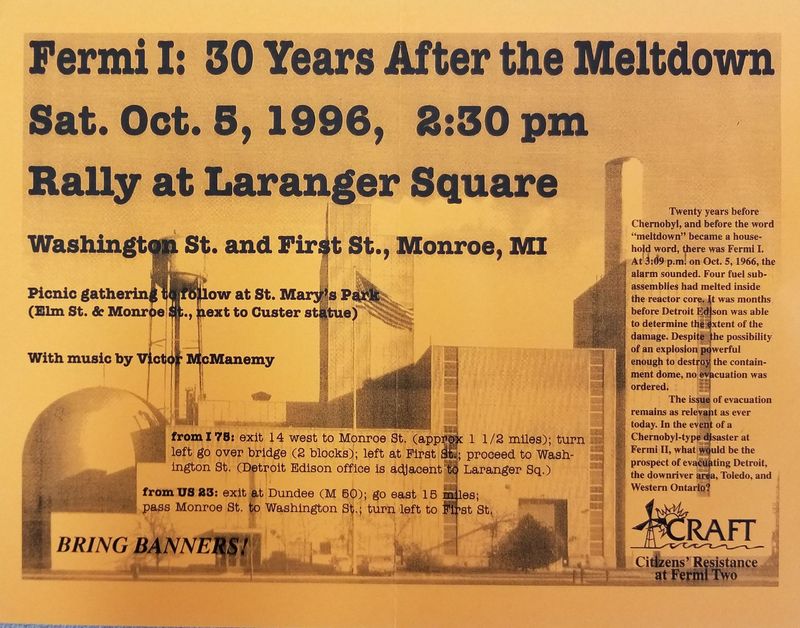 Protests about Fermi II after TMI and Fermi I

Once construction was completed the Nuclear Regulatory Commission inspectors discovered improper or non-existent welds that were previously certified by Edison contractors. During 1978, the NRC was only required to inspect about 5% of the plant's safety equipment. In combination with the improper work and phoney inspections certifications there is no way of telling if the vital safety systems were going to function as designed. Again in 1979 construction was delayed as company engineers study the Three Mile Island accident and try to correct the design, construction and procedures that caused the largest nuclear crisis on U.S. soil. This delay added extra costs of $5 million a month which was again passed on to the customers in the form of rate increases. 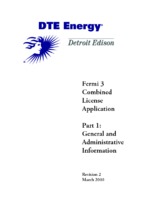 With the ongoing shutdown of aging coal-fired power plants in Michigan and across the country, some citizens anticipate an increase in the nuclear industry, which hasn't opened a new plant since 1996. The Tennessee Valley Authority's Watts Bar reactor was opened in 1996 which saw large amounts of protesters. The arrival of cheaper natural gas from fracking made building new nuclear plants or even operating older ones less lucrative. Companies like DTE have received federal approval to build more nuclear plants but have now started to rethink their business models in reference to the operation of nuclear power plants The DTE website states that, “The company has not committed to building the new plant, but will keep the option open for long-term planning purposes”