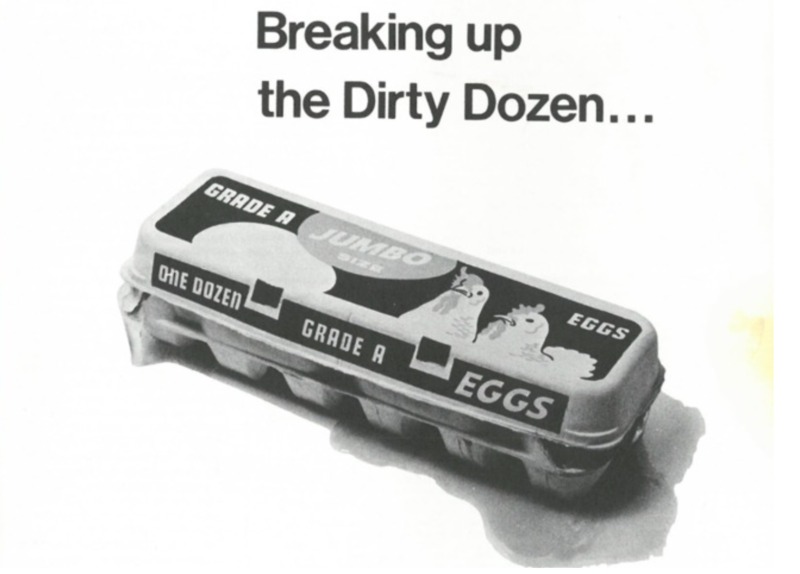 Peter Harnik on the Dirty Dozen.

Gaylord Nelson helped to start the environmental movement in part because environmentalists lacked the political capital to be taken seriously, but after Earth Day this changed. The new environmental lobbying organization was eager to prove that it had the muscle to affect political change in an electoral capacity. Environmental Action began to venture into the political sphere with the Dirty Dozen Campaigns. EA staff spent months scouring congressional voting records, searching for lawmakers with poor environmental records in preparation for the 1970 congressional elections. 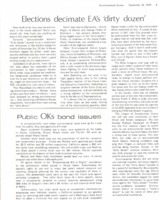 These men were identified as enemies of the environmental movement and EA resources were devoted mobilizing local groups to influence and publicize the election. For example, E. Ross Adair from Indiana’s Fourth District in Fort Wayne was said to “consistently oppose issues which Environmental Action considers to be of the utmost domestic priority.” In his time in Congress, he “aided in the destruction of the environment” by supporting legislation that would build the SST, support the highway lobby, limit mass transit expenditures, eliminate funds for nature areas, oppose pesticide control and eliminate federal subsidies for sewage treatment. Seven out of twelve of the original Dirty Dozen lost their reelection campaigns. 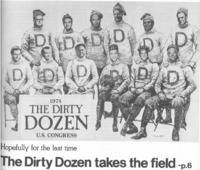 Environmental Action considered The Dirty Dozen campaigns to be a victory, but there was room for improvement. The election results established that the environment was now a significant political force. The New York Times wrote in an editorial that “A new ingredient, and a good one, has been added to American election campaigns—the candidate’s record on improving the environment.” Emboldened by their success in 1970, EA ran Dirty Dozen campaigns in 1972, in which they defeated 4 candidates, and 1974, in which they defeated 8 candidates.