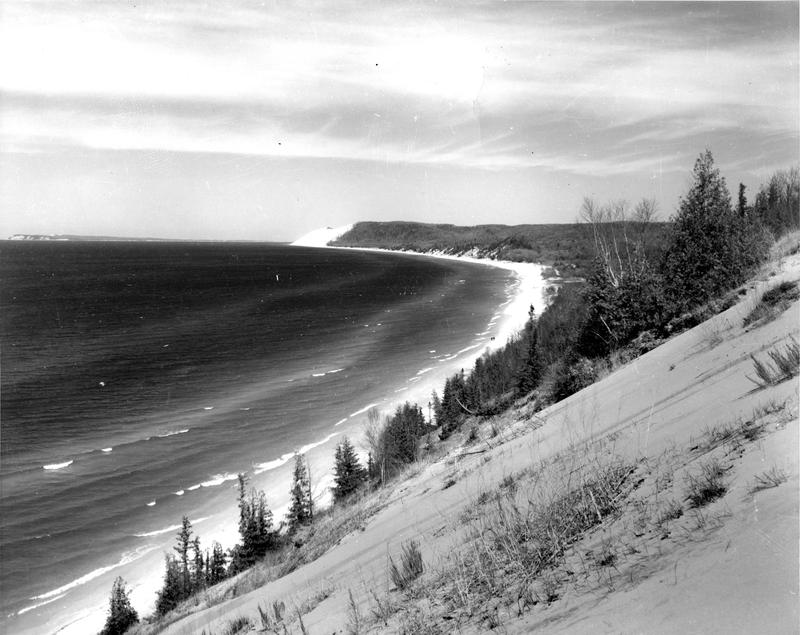 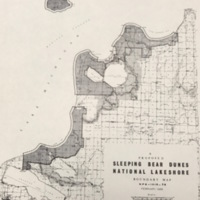 "Be it enacted by the Senate and House of Representatives of the United States of America in Congress assembled, That (a) the Congress finds that certain outstanding natural features, including forests, beaches, dune formations and ancient glacial phenomena, exist along the mainland shore of Lake Michigan and on certain nearby islands...and that such features ought to be preserved in their natural setting and protected from developments and uses which would destroy the scenic beauty and natural character of the area." - Philip A. Hart

As one of the key players in the “Save Sleeping Bear” movement, Michigan Senator Philip A. Hart introduced legislation to the United States Congress in 1961 to preserve the Sleeping Bear Dunes by pronouncing it a national lakeshore “to protect this beautiful lakeshore for millions of Michigan residents”. The proposal took 9 years to pass and required many pushes from the people of Michigan, from national environmental organizations, and from Hart himself. In this short clip, he is seen in the early days of the push to save Sleeping Bear, addressing many of the major issues surrounding the topic. These issues included opposition from taxpayers and local landowners in addition to congressional skeptics as the park would be one of the first of its kind - a national lakeshore. Hart argued that "we can preserve an adequate portion of this magnificent vacation land, while fully protecting private property rights... and create hundreds of jobs."

In order to gain momentum for Sleeping Bear Dunes, Senator Hart reached out to constituents and organization groups alike to build support for the project. In this 1964 newsletter, he highlights the accomplishments of Congress to pass legislation that not only benefitted nature as a whole, but also bettered conservation efforts in Michigan. Although Sleeping Bear was not yet a national park, letters like this helped spread the message not only about conservation efforts Congress was taking, but showed the importance of the environment. As Hart states in his letter, "to all who seek to assure the preservation and sound management of our land, water, and wildlife resources, this was surely a Congress that will leave its mark on the decades ahead." Hart emphasizes the important role the national government played in the environment and shows that any effort towards the environment is a positive one. 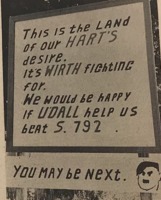 Opposition to the Park

While measures to protect Sleeping Bear were often presented to the public as nothing but beneficial, the people of Leelanau and Benzie counties, where the proposed Sleeping Bear Dunes National Lakeshore would be located, had other views of the matter. In order to establish the land as a national lakeshore, the bill originally proposed 77,000 acres of parkland, and as a consequence, many locals would have to turn their private properties over to the government. The proposed number of properties that would have been affected by the original Sleeping Bear proposal was 1,587 and with this announcement came backlash from many local homeowners. Whether people were concerned with losing their land to the government or simply having regions of the land they love and know so well being controlled by “big government”, very few people in this area liked the idea of the national park. Signs such as this one were put up in the lawns of many homeowners voicing their stance on the issue. The three names highlighted on the sign refer to Senator Philip Hart, Conrad Wirth (director of the National Park Service) and Stewart Udall (Secretary of the Interior) - all people working to pass measures to protect Sleeping Bear. 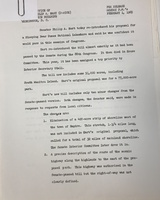 Finally, by 1965, Hart agreed to amend the Sleeping Bear National Lakeshore proposal. It was amended to reduce the size of the park from the original 70,000 acres to 51,000 acres, greatly diminishing the number of individuals affected. Although Senator Hart and his constituents were forced to amend their proposal, this compromise is one of the major steps that aided Hart in his fight to save Sleeping Bear. It was in this amendment to the original bill that helped Hart reintroduce the Sleeping Bear bill to Congress after it had been overlooked by Congress for a handful of years. When presenting the bill to Congress this second time around, he pointed out that homes within the park boundary would actually be able to remain privately own and once again highlighted that the creation of this park would bring many jobs to the Leelanau and Benzie areas.

In 1968, Doug Scott, a graduate student at the University of Michigan and one of the lead organizers for the University's 1970 environmental Teach-In, began volunteering with the Mackinac Chapter of the Sierra Club. During his time volunteering with the Sierra Club, Scott spent a majority of his time lobbying for the creation of a Sleeping Bear National Lakeshore. He worked alongside many members of the Sierra Club, as well as with Senator Philip Hart to get the word out about Sleeping Bear and introduce as many people as possible to the concept of a new national lakeshore. Scott recalls that what he was "learning from the Sierra Club was sort of a whole different grassroots perspective... learning how the whole organization mechanism worked, and being able to go out to the Sleeping Bear Dunes and talk to those local people and figure out what their problems were and how to generate the publicity...." He said that going out there and doing this is what helped in fall in love with this kind of work and was the beginning of his 17-year career with the national chapter of the Sierra Club.

Almost nine years after the legislation to protect Sleeping Bear Dunes was presented to Congress, the members of ENACT began planning their March environmental Teach-In. The teach-in both covered and commented on a wide array of environmental topics affecting our state and nation. This newspaper article published in the Michigan Daily preceded the Teach-In but allowed members of ENACT to show their stance on Sleeping Bear and inform readers of the Michigan Daily. The article presents the importance of preserving the dunes in relation to the environmental movement - something Hart had not been actively doing. As opposed to saving Sleeping Bear to preserve a beautiful vacation spot, the members of ENACT stated that failure to save “The Bear” would represent Michigan’s lack of motivation in tackling larger, more pressing environmental issues. Enact's co-chair, Doug Scott, was "up to his ears" with his involvement in making Sleeping Bear a National Park. As a Canadian and unfamiliar with the Michigan landscape, once he was shown the beauty of Sleeping Bear, he worked hard to protect it and encouraged ENACT members to become involved in Senator Hart's campaign as well. 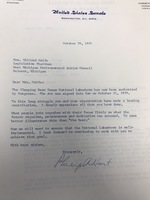 Finally, on October 21, 1970, President Nixon signed the congressional legislation creating the Sleeping Bear Dunes National Lakeshore. Senator Philip Hart promoted the Sleeping Bear Dunes bill for more than nine years and campaigned for the lakeshore in Michigan and across the nation, with the support of many state and national environmental organizations.  He also amended the proposal, and narrowed the boundaries of the park, in response to the concerns of people who lived in Leelanau and Benzie counties. One week after the enactment of Sleeping Bear Dunes National Lakeshore, Senator Hart wrote this celebratory letter to Joan Wolfe, the head the West Michigan Environmental Action Council in Grand Rapids, thanking her organization for its contribution to the effort. 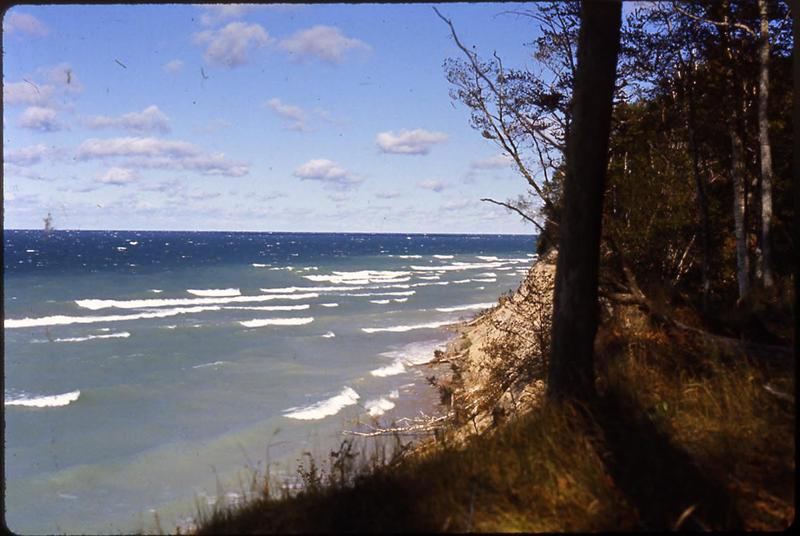 Interview of Doug Scott (in Palm Springs, California) by Amanda Hampton and Meghan Clark (in Ann Arbor, Michigan) on November 17th at 2:00pm.