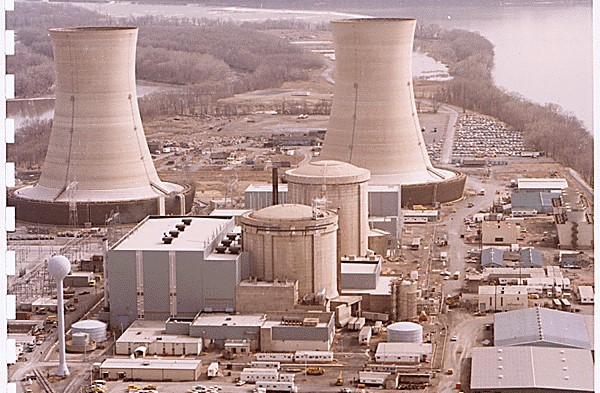 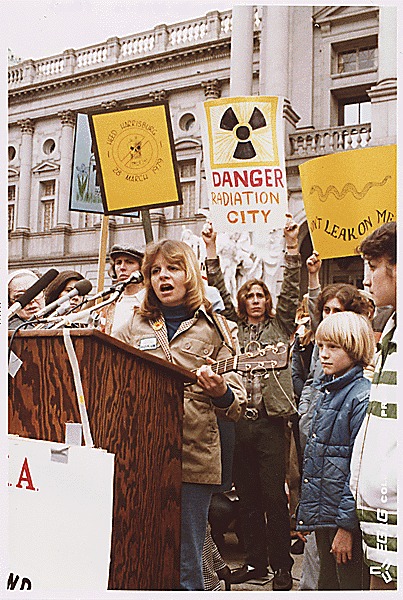 The Three Mile Island partial meltdown occurred on March 28th 1979, in Dauphin County, Pennsylvania. Even though its small radioactive releases had no detectable health effect on plant worker or the public, it was the most significant accident in the United States nuclear power plant history, and was rated a five on the International Nuclear Event Scale. Its aftermath brought great changes involving radiation protection, human factor engineering, reactor operator training, and emergency response planning to name a few. The accident was caused by mechanical failures that were compounded by the failure of plant operators to recognize what was happening in the situation due to inadequate training, and human-computer design oversights that were related to ambiguous control room indicators. If tensions surrounding nuclear energy were not high enough already this accident thickened tensions felt by activist and the general public in regards to anti-nuclear safety concerns. Three Mile Island has been cited as a contributor to the decline of the new reactor construction programs that were underway in 1970 and still plays a great role in molding the design, construction, and operation of today’s nuclear power plants.

The nuclear power debate is a long-running controversy about the risks and the benefits of using nuclear reactors to generate electricity for civilian purposes. The debate peaked during the 1970s and 1980s. Today as the public awareness about climate change is growing, there has been a resurgence in the nuclear debate once again. Those nuclear power advocates that are concerned with climate change point to nuclear power's reliable, emission-free, high-density energy and a generation of young physicists and engineers are working to bring a new generation of nuclear technology to replace fossil fuels. Proponents argue that nuclear power is a clean and sustainable energy source which provides uninterrupted energy without polluting the air or emitting the carbon emissions that cause Global warming. Use of nuclear power provides plentiful, well-paying jobs, energy security, reduces a dependence on imported fuels and exposure to price risks associated with resource speculation and Middle East politics. Nuclear power also produces almost no air pollution when compared to burning fossil fuels.

Activists talk about other sources of energy

Opponents say that nuclear power poses numerous threats to people and the environment and point to studies in the literature that question if it will ever be a sustainable energy source. These threats include health risks, accidents, and environmental damage. Along with the fears associated with nuclear weapons, nuclear power opponents fear diversion and misuse of radioactive fuels as well as naturally-occurring leakage. They also contend that reactors themselves are enormously complex machines where many things can and do go wrong, and there have been many serious nuclear accidents. As seen in the video to the left many feel that other renewable sources would be more advantageous than nuclear power.

Containment is the first line of defense against radiation

Activists are first worried about how nuclear radiation can be contained and the first step in counting nuclear radiation is the continent. There are different levels of containment, some examples are the containment building, the fuel rods, the reactor vessel, and the fuel ceramic. The containment building itself is typically an airtight steel structure enclosing the reactor normally sealed off from the outside atmosphere. In the United States, the design and thickness of the containment and the missile shield are governed by federal regulations, and must be strong enough to withstand the impact of a fully loaded passenger airliner without rupture. The reactor is then secured inside of the building and it contains the fuel rods which contain the ceramic pellets where almost all of the radiation is absorbed.

Containment is the first line of defense but two other concepts are just a important to the safety and operation of a nuclear power plant. These concepts are called defense in depth and emergency cooling systems. Defense in depth isn't a system but a way of thinking the Nuclear Regulatory Commission uses the concept of defense in depth when protecting the health and safety of the public from the hazards associated with nuclear materials. The NRC defines defense in depth as creating multiple independent, and redundant, layers of protection, and response, to failures, accidents, or fires in power plants. For example, defense in depth means that if one fire suppression system fails, there will be another to back it up. That is seen in the different layers of containment that is included in a nuclear reaction. Another safety system is the Emergency Core Cooling system. All nuclear power plants have some form of emergency makeup water system in the event that normal makeup is lost and a major break occurs in the reactor cooling system. There are two phases considered. First, the Injection phase when the pumps take a suction from a large tank and pump that water into the reactor cooling system or reactor. Then the second stage is the Recirculation phase when the pumps take a suction from the containment sump after all of the water has been pumped into the containment. These systems are designed to keep the reactor fuel from melting and possibly causing damage to the structure and the containment systems.

Looking to all of the accidents that have happened in the realm of nuclear energy. Activists all over the world have responded saying the risks to human health and to the environment our weight the benefits. Strictly looking at the risks from a scientific point of view, humans surround themselves with much greater risks every day. The video to the right compares some of the risks that people surround themselves with everyday.  Everyday people are faced with decisions, every decision comes with a risk of some type. "The risks posed by nuclear power is far smaller than other risks we face in our society today."

Does the benefit outweigh the risk?