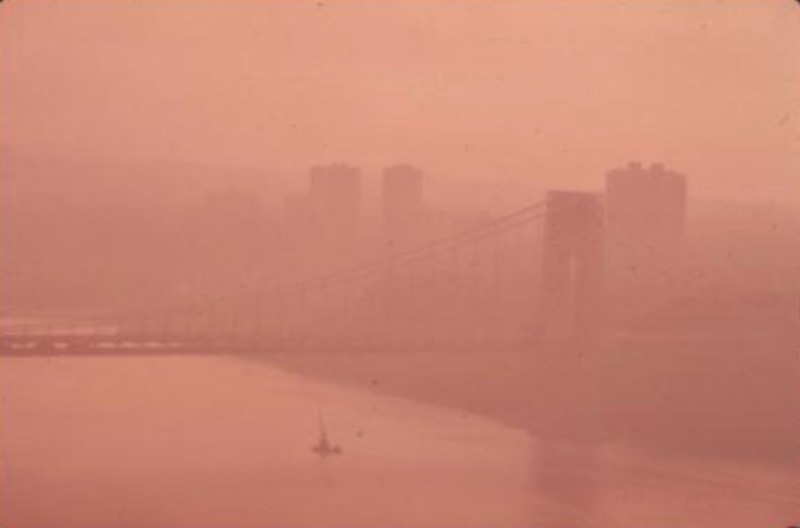 The air and water are resources shared by all of the Earth’s inhabitants. When they become contaminated, the consequences are shared too: pollution crosses state lines and international borders. Decades of industrialization without proper environmental regulation had led to gradual but accelerating degradation of the environment. Across the country, city air filled with smog, lakes became toxic, and rivers caught fire. Scientific studies in the 1950s and 1960s revealed how pollution affected human health, and concerned citizens demanded the government do something about it.

Efforts to control water and air pollution began at the state and local level, but the standards they created were not consistent or easily enforceable. True reform would have to come by federal mandate, as the Los Angeles Times noted in 1970: ”[The federal government] alone can impose and enforce the stricter regulations needed to reduce and eliminate pollution of our air and water. . . . It alone can give the leadership needed to bring together scattered and limited attacks on different aspects of the problem.” 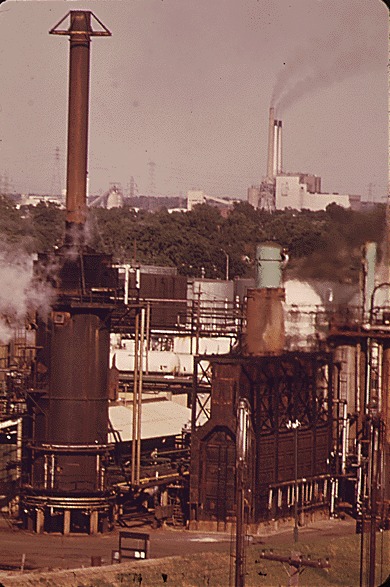 Industrial Pollution Near Residential Neighborhoods in

Detroit, Documented by the EPA in 1973

The first Earth Day in 1970 brought a renewed commitment to protecting the environment, especially in the wake of highly publicized environmental disasters. This drove the first truly forceful federal regulation of pollution in the final days of 1970 with the Clean Air Act, which required states to adopt and enforce surprisingly strict automotive and industrial air pollution regulations. The U.S. Congress passed the Clean Water Act in 1972, requiring states to regulate sources of water pollution. Environmental organizations often preferred even stronger regulations on corporations and government sources of pollution and criticized political efforts that did weaken these laws, but they remain landmarks of environmental reform in modern America. These new standards would be enforced by the Environmental Protection Agency, created by President Nixon by executive order in 1970 to consolidate federal regulation and coordinate states’ implementation plans. Other federal environmental legislation followed, including the Endangered Species Act of 1973, the Solid Waste Disposal Act of 1976, and Toxic Substances Control Act of 1976.

As these developments took place, Michigan faced unique problems because of its industrial economy, urban centers, and proximity to the Great Lakes. The fight for the permanent improvement of air and water quality in Michigan would take the combined efforts of concerned citizens and dedicated legislators.

“[Air pollution] is born of the American people’s great modern need for energy to do what have become superhuman tasks: an automobile to travel 15 miles to work and back, electricity to run a world on, heat in winter, cool air in summer, a thousand circling industries to produce goods near enough to be cheap enough to buy, and the inevitable garbage truck to take away the containers this modern world comes in. And all of it takes fuel. And fuel makes smoke. And smoke is the name of the air pollution game— smoke and its silent competitor, weather, one natural force man can’t control.”

This quotation from a 1966 article published in The Atlanta Constitution summarizes the root cause of the nation’s air pollution problems. As it indicates, air pollution, like water pollution, is a consequence of modern society’s constant demands for more.

describes the sources of air pollution, 1970.

In this episode of "Ecology: Man and the Environment," produced in 1970 to accompany the ENACT Teach-In, U-M School of Natural Resources Professor James Swan identifies the main sources of air pollution in the United States: automobiles, factories, power plants, and trash burning. In 1970, the costs of air pollution were immense: “for every year in the United States, more than 15 billion dollars worth of damage to personal property, health, and vegetation results from the pollution of our atmosphere." This statistic gives a sense of the scale of the problems created by air pollution. Solving them would require an effort equal in magnitude.

In Michigan, unregulated emissions produced by factories, foundries, and energy plants through the mid-20th century affected the air quality in cities and in the communities just outside them. Some communities tried to address the pollution by creating smoke abatement ordinances and organizing air pollution control organizations, but Michigan’s solutions were ineffective until the Clean Air Act of 1970 required it to adopt stricter controls. The Clean Air Act also required auto companies to reduce their vehicles’ emissions. Michigan, the heart of the American auto industry, became the site of conflicts between industry representatives and environmental activists who wanted reform. 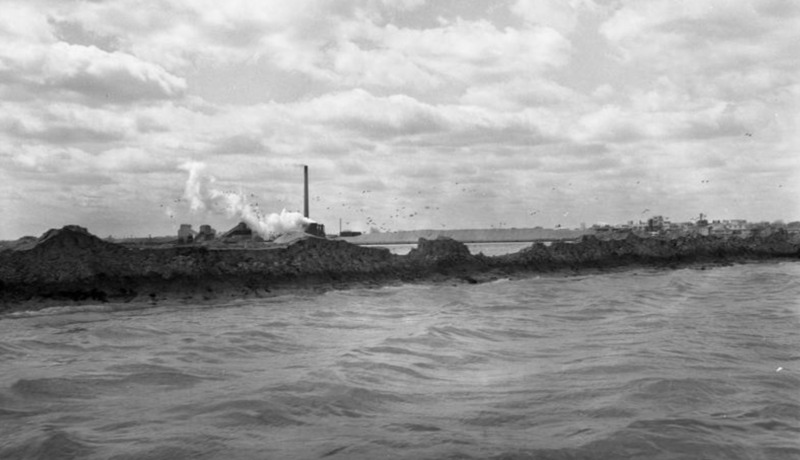 As explained by Professor Justin Leonard from the School of Natural Resources at the University of Michigan, man has settled on the banks of rivers from his earliest days. The river gave him water for drinking and cooking, a transportation system, a place to wash his clothes, to baptize the religious and a source of food and recreation. However, as civilization developed, rivers became a place for man to dispose of his waste. Even if the settlements were fairly close together along the river, our ancestors believed that "the water cleaned itself between villages." A combination of increasing population and the industrial revolution  drastically changed our rivers over the last couple of centuries. The Cuyahoga River, the Detroit River, and the Potomac River are typical examples of the rivers running through our big cities which have been made useless for anything but the carrying of waste. In the water pollution episode of the School of Natural Resources Man in the Environment series, Professor Leonard asks, "can a sophisticated culture with the world’s highest standard of living afford to turn a beautiful river into an open sewer?" This is a question whose answer was unknown in the early 1970s, and one to which we still may not know the answer today.

During the mid-twentieth-century, especially in the late 1960s, safe water became difficult or impossible to obtain and the environment tarnished, resulting in concern rising throughout the country. However, beginning in the late 1950s and early 1960s, policy developments and community activism resulted in the shift and building of awareness of the issues surrounding the Great Lakes. Several events raised national concern, including river fires due to contamination and toxic spills that dirtied our shores. As the public gained a sense of urgency regarding water quality, the increasing widespread unease eventually became manifested in the series of actions among the federal government, including the formation of the Environmental Protection Agency in 1970 and the Clean Water Act of 1972. These actions transformed the relationship between the public and Michigan's beautiful environment, and shifted the water quality issue from a question among experts to one of public participation.

Later in the Man in the Environment episode, Dr. Robert Paul from Michigan State University's Water Resources Institute discusses the Red Cedar River in East Lansing. He explains that the Red Cedar is a stream that, in the 1970s, began to be used for the disposal of sewage and the runoff from farmlands. At one time it was a trout stream, and through degradation and misuse, it had gradually gone downhill. Dr. Paul then emphasized the importance of actually defining pollution, a difficult challenge because everyone has a different concept of what pollution is.

"To a trout fisherman on his favorite stream, an old tin can or a tire is pollution, and he’s pretty mad about it. On the other hand, the other extreme, the millions of gallons that are pouring into some of our streams every hour from some of our big cities is certainly pollution of a well defined and well recognized type."

Dr. Paul explains that rather than trying to define pollution, a better way would be to classify it. We could classify it as industrial pollution, agricultural pollution, or urban pollution. Another way would be to point out those things that are important in our present context of pollution; such as eutrophication, which is the aging and degradation of lakes; pesticides, a well-recognized water pollution problem; mercury, a new, but very complex and very important problem; and siltation.